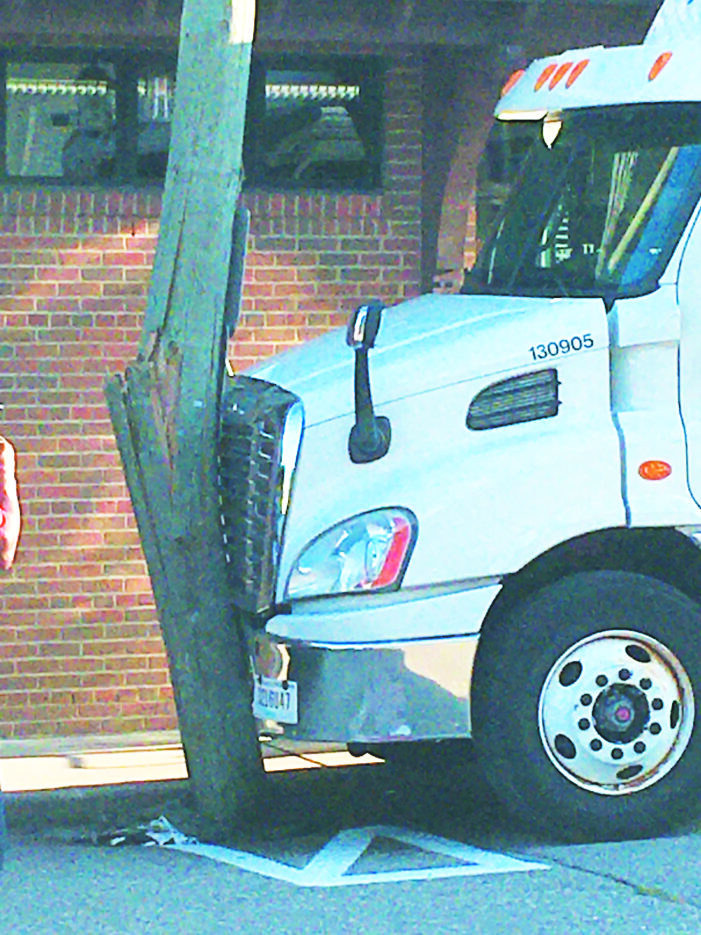 A semi truck crashed into an electrical pole in downtown Lake Orion around 6:30 p.m. Saturday.
The crash happened outside of Lucky’s Natural Foods store on the corner of Front and S. Broadway streets. The semi was traveling eastbound on Flint Street when it went over the curb and hit the pole.
It did not appear that there were any injuries in the crash, and no other vehicles at the scene were damaged.
The Lake Orion Review contacted the Lake Orion Police Department but did not receive information regarding the incident by press time on Tuesday.

Semi crashes into electrical pole in downtown Lake Orion on Sat. added by mmkelley on September 7, 2022
View all posts by mmkelley →