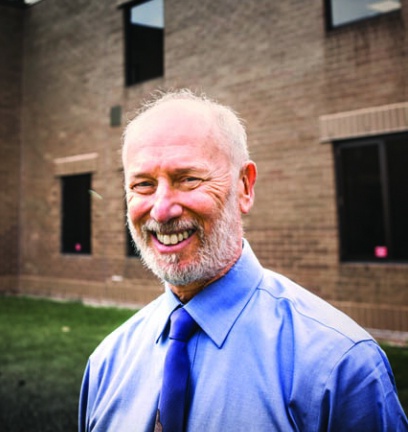 Tony Rothschild spent his life working with those around him to compassionately help those in need in the community.
Rothschild, of East Hampton, Massachusetts and formerly of Lake Orion, died on Jan. 21 after battling pancreatic cancer. He was 71-years-old.
A memorial service will be held at 2 p.m. March 10 at the Wayne State University Community Arts auditorium, 450 Reuther Mall, Detroit, MI 48202.
“Common Ground mourns the loss of Tony Rothschild. Tony built the organization we see today and served as a mentor to me and many of our leaders. He led the agency with a drive to serve and compassion for staff. He was truly loved and will be profoundly missed,” said current Common Ground CEO Heather Rae.
Rothschild was the CEO of Common Ground for 25 years until his retirement in September 2015. Under his leadership, the agency grew from 20 to more than 250 employees; from a $645,000 annual budget to $13 million; and today reaches more than 88,000 people annually.
Rothschild also greatly expanded Common Ground’s services, coordinating with law enforcement agencies and courts throughout Oakland County and partnered with the Sanctuary youth shelter.
‘When I first started, we had 20 employees, now we have over 200 and the numbers of people we serve has just escalated,” Rothschild said in an interview with The Lake Orion Review just before his retirement. ‘I take the most satisfaction in that movement in helping more people.’
Common Ground has served as an expert on mental health conditions and crisis intervention since 1971. Through its 24-hour Resource and Crisis Helpline and diverse array of other services, Common Ground uses a trauma-informed approach to provide professional, compassionate services.
Common Ground was awarded Crain’s Best-Managed Nonprofit in 2014.
In an interview with Hour Detroit in 2014, Rothschild said “I want to be known as (one who is) helpful and a collaborator.”
Rothschild moved to the Orion area in 1986 and joined the Lake Orion School Board in 1991. One of Rothschild’s proudest accomplishments during his years of service on the school board was the creation of the new high school and the auditorium.
He also served on the board of Oakland Schools.
He taught at the University of Michigan School of Social Work and had previously worked as deputy chief of staff in the Detroit office of Congressman George Crockett, Jr.
Rothschild was raised in southern California. He and his wife, Mona Scott, moved to the Detroit area in 1970 as volunteers in VISTA, the domestic Peace Corps.
In his retirement, Tony and Mona traveled throughout North America in an RV visiting family and friends all along the way. He dedicated his time to volunteering and was an avid fan of the Detroit Tigers and of opera.
In addition to Mona, Rothschild is survived by his children, Lindsey Rothschild and Zander Scott, and two grandchildren, Sasha and Londelee.