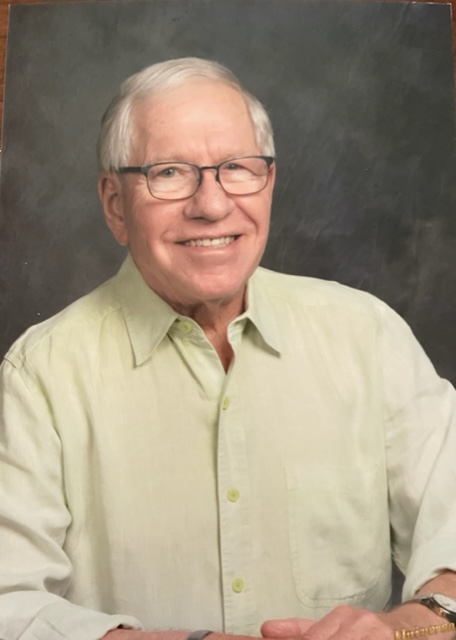 Ron was the husband of Gloria for 56 years, dad to Jennifer (Kurt) Nuss and Stacey (Brent) Crowder and grandpa to Alex and Ben Nuss.

He is survived by sisters Pat and Jane, brothers John and Darl, his Aunt Cleona, and many dear friends. Ron was preceded in death by his parents, Ralph and Doris, and brother, Carl.

Ron graduated from BGSU and the University of Michigan. He spent 31-yrs with the Michigan DNR until retiring in 1997 as their first-ever Urban Fisheries Specialist. He turned his childhood passion into a fulfilling career and created a name for himself as a tournament bass fisherman.

He was Michigan football’s biggest fan and proudly wore maize and blue.

Ron’s greatest accomplishment was his family and his biggest catch was Gloria. They enjoyed raising their daughters, living on a lake, and traveling the world. Ron was the life of the party with his humor and ready smile.

A private gathering celebrating his life will be held at a later date. In lieu of flowers, donations may be made in Ron’s name to Project F.I.S.H. or St. Croix Hospice.

Ron, we love you, bass wishes forever and Go Blue!

One Response to "Ronald J. Spitler, 79, of Lake Orion"