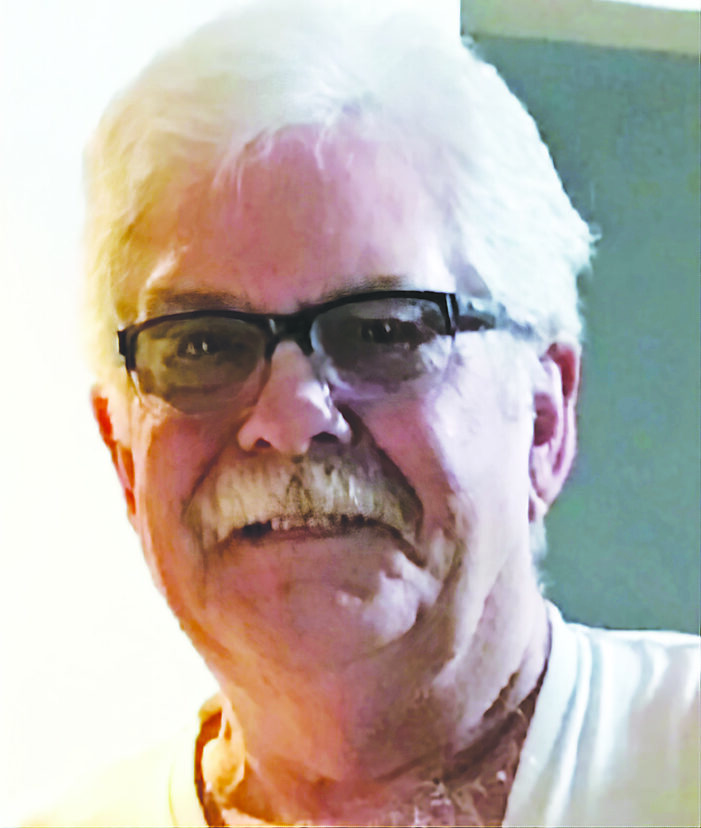 Roger Bartlett Cady, age 76, left this world to start his new journey on Saturday evening, Aug. 6, 2022.
Roger had heroically battled a horrible, progressive disease, PSP, for eight years.
Roger was born on Feb. 16, 1946, to Virginia (Wilmoth) Cady and Bartlett Cline Cady in Pontiac, Michigan. He is survived by his Partner in Life, Kathy Gregg; his sister, Fran Carman and her son, Scott (Rose); his sons Joshua (Sarah), Aaron (Kim) and Kaleb; four grandchildren; Kathy’s children Michelle, Daniel, Christopher and Joseph; and his beloved dogs Stuey (his favorite), Sissy, Smitty and Coco (Missy left this world in July).
Roger grew up in Houghton Lake and attended Houghton Lake High School, graduating in 1964. He enjoyed attending the annual August reunion, driving his 2004 Corvette Z06, until he was no longer able.
Roger spent approximately two years in Vietnam, 1969-1971, and was honorably discharged from the U.S. Army in 1974. He was a very proud American and proud of his service to his country.
He was an exceptional downhill skier, world class, spending much time at the Skyline Ski Resort in Grayling. He also was a sports car aficionado and owned many fantastic cars throughout his lifetime. His home garage was a mechanic’s dream.
Roger, the man, was an honorable, well-educated, handsome, kind and very caring man. His presence is greatly missed. Per Roger’s wishes, cremation has taken place.
A Celebration of Roger’s Life will be held at Sparks-Griffin Funeral Home, Lake Orion on Saturday, Sept. 24, 2022 at 11 a.m. with a time of sharing at noon.
A luncheon will follow at Darrel’s Steak and Seafood restaurant at 1:15p.m.
Online condolences and guestbook: www.sparksgriffin.com.