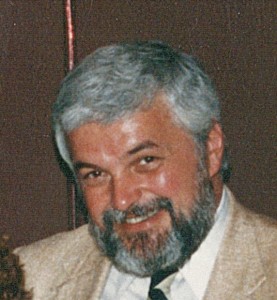 Robert Harrison Betteley; of Detroit; age 72; passed away May 3, 2016.  Robert was the son of the late Roy and Dorothy Betteley; step son of the late Charles Jeffries; and brother of Sally Zitta and the late Gerald (Janet) Betteley.  He is also survived by his cousin Diane (Rod Lloyd) Chambeau; nieces and nephews, Linda Tedesco, Larry (Cindy) Betteley, Kim (Mike) Diroff, Nicole Myers and Duane (Michelle) Zitta; and several great nieces and nephews.  After graduation Berkley High School, Robert joined the United States Air Force and would later go on to work at JL Hudson’s Co. for 14 years.  Throughout the remainder of his career he involved himself with Interior Design, Floral Design, and Wedding and Party Planning.  But first and foremost he was very talented artist and will always be remembered as the animal whisperer.  Memorial services will be held on Thursday, June 9, 2016 at 1pm at Sparks-Griffin Funeral Home, Lake Orion.  The family will receive friends from 11am until the time of service.  In lieu of flowers memorials may be made to the K-9 Stray Rescue League or to the Michigan Animal Rescue League.  Reflections may be shared by visitingwww.sparksgriffin.com.