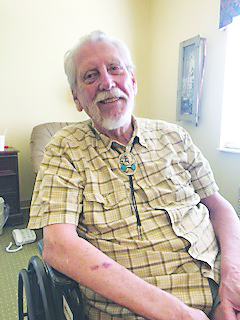 We are sad to announce the passing of Richard Lee Soucey on Sept. 10, 2022. He was 93 years old.
Richard was born in Detriot, MI on June 2, 1929. He lived in Lake Orion for 40 years.
Richard was a retiree of GM Truck and Bus. He was a welder in Skilled Trade and a Union Rep.
He was a pastor for 10 yrs and started several churches. Richard enjoyed hunting & fishing.
Richard was loving husband to Rosemary Soucey for 30 years; father to Sandra (David) Whiting, Steven Soucey, Debra (Tim) Denton, Donna (Tim) Barnes; stepfather to Larry (Sally) Marshall, Beth (Mike) Berryman.
Richard was grandfather to twelve and great-grandfather to nine.

Richard Soucey, 93, of Lake Orion added by mmkelley on September 21, 2022
View all posts by mmkelley →