Recharged Dragons hitting their stride at the right time 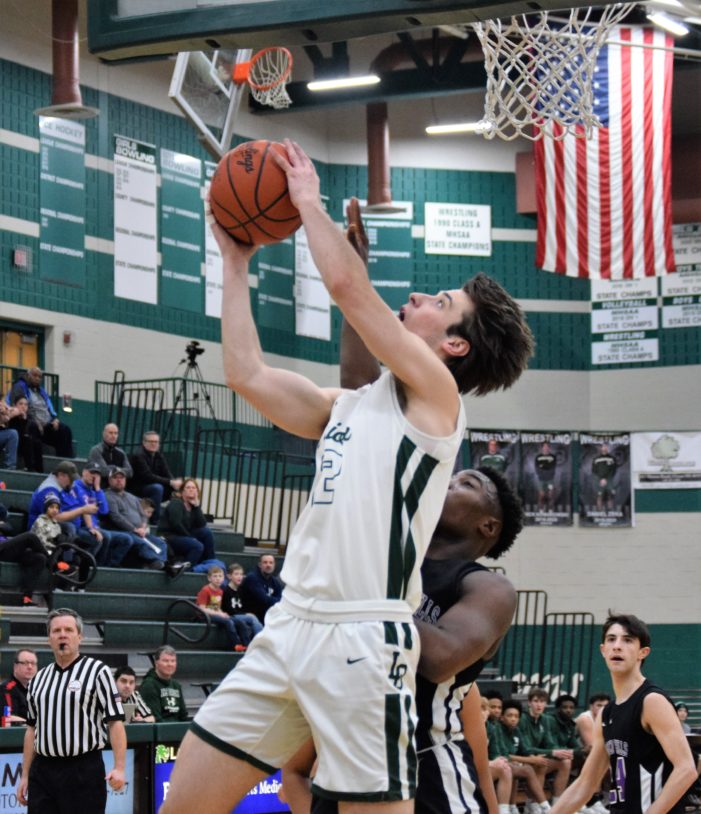 The offensive output was a season-worst for Lake Orion, but there was one major positive takeaway: Senior forward Drew Van Heck made his debut after missing the team’s first 15 games with a broken foot.

A three-sport athlete, Van Heck has signed his National Letter of Intent to play baseball for the Western Michigan Broncos at the next level.

“We kind of played it by ear,” head coach Joel Schroder said of what went into the decision to activate him.

“If there was only one week left in the season, we might not have brought him back. But he was cleared, all good to go, and he’s been practicing for a week. He brings a lot of energy for us and he likes to win.”

Returning home for two games before hitting the road again, the Dragons welcomed the Bloomfield Hills Black Hawks into the Greenhouse on Feb. 21. Hours before tipoff, the team received another piece of positive injury news: Sophomore guard/forward Alden Ritt would be returning to the lineup after being sidelined for the last five contests with a sprained ankle.

Pulling away in the second and third quarters, Lake Orion held on for a 57-53 victory. Paired with their 11-point win over the Birmingham Seaholm Maples on Feb. 14, the Dragons have now won two of their last three games.

“That’s one thing about our team, the guys always bounce back,” Schroeder shared. “When we have a game like we had Tuesday (North Farmington), we’ve shown we can bounce back. To do this at home is great, and we’re looking forward to getting rolling. It’s all about playing your best basketball at the right time.”

With the win, the Dragons now stand at 6-11 overall and 2-8 in the OAA Red, one-game behind Bloomfield Hills and the Oak Park Knights for a share of fifth-place in the division.

The team will next be in action on Feb. 28 against the West Bloomfield Lakers (7-9, 4-5 OAA Red) at 7 p.m. The final home game of the season, the program will hold their traditional “Senior Night” festivities before the game.

Boedigheimer, Ari Curtis, Sutton and Van Heck – the team’s four seniors – will be honored, along with their parents, prior to competing at the Greenhouse one last time.

Lake Orion will round out their regular season with consecutive road tilts against the Ferndale Eagles and Clarkston Wolves on March 3 and 5, respectively.

Recharged Dragons hitting their stride at the right time added by mmkelley on February 26, 2020
View all posts by mmkelley →