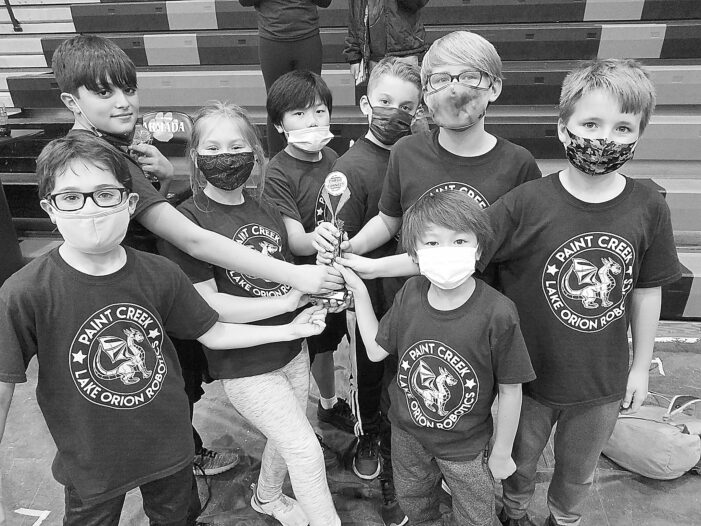 In only their first year and in their first competition – ever – the Paint Creek Elementary Robodragons Robotics team raised a trophy and gained a lot of momentum heading into the future.

According to the FIRST Lego League, the Core Values Award-winning teams display “extraordinary enthusiasm and spirit, know they can accomplish more together than they could as individuals and show each other and other teams respect at all times.”

The team worked together to design a robot to compete in the robot game matches, develop and present an innovation project idea and demonstrate exceptional performance of the six FIRST Lego League core values – discovery, innovation, impact, inclusion, teamwork and fun.

“As coaches, Brandon Charnesky and I are incredibly proud of our team and wanted to share the great news with you,” Geese said. – J.N.