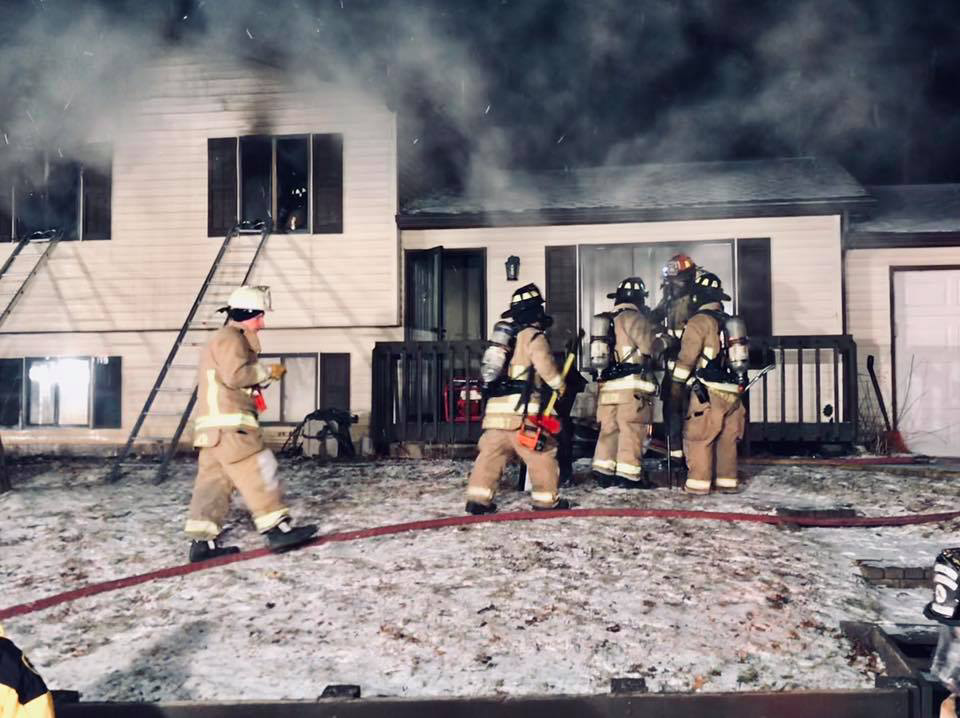 An Orion Township woman has died after a fire at a home on the 600 block of Alan Drive on Friday night.

An Oakland County Sheriff’s Office fire investigator determined the cause of the fire to be accidental, and it appears that the victim was smoking in her bed and had health issues, according to a sheriff’s office incident report.

Authorities are not releasing the identity of the victim, a 53-year-old Orion Township resident.

The Orion Township Fire Department got the call around 11:30 p.m., said Assistant Fire Chief John Pender, and found the upper floor of the home in flames when they arrived.

Sheriff’s deputies also responded to the scene, advising “that smoke and flames were visible,” according to the sheriff’s office.

Firefighters setup fire lines and battled the blaze, which had enflamed a portion of the second floor of the home.

“We had it under control in 20 minutes, or less,” Pender said.

Firefighters discovered the woman during their initial search through the home, said fire officials.

No one else was in the home at the time of the fire.

“We had no firefighter injuries. Everyone did a great job of extinguishing the fire. We obviously hope for a better outcome,” Pender said.

This is the first fire-related death in Orion Township since a couple died after an explosion and fire at their Coats Road home in June 2017.

The fire department requested the Orion Township Fire Marshall and an investigator from the Oakland County Sheriff’s Office Fire Investigation Unit respond to the scene to determine the cause and origin of the fire, Pender said.

An investigator from the Oakland County Medical Examiner’s Office also responded to the scene to assist with the death investigation and autopsy, and has since ruled the death accidental, the sheriff’s report update stated.

The Oxford Township Fire Department provided personnel and tanker support on scene for the first hour of the incident, Pender said.

Orion Twp. woman dies in house fire on Friday, cause ruled accidental by officials added by mmkelley on February 14, 2019
View all posts by mmkelley →