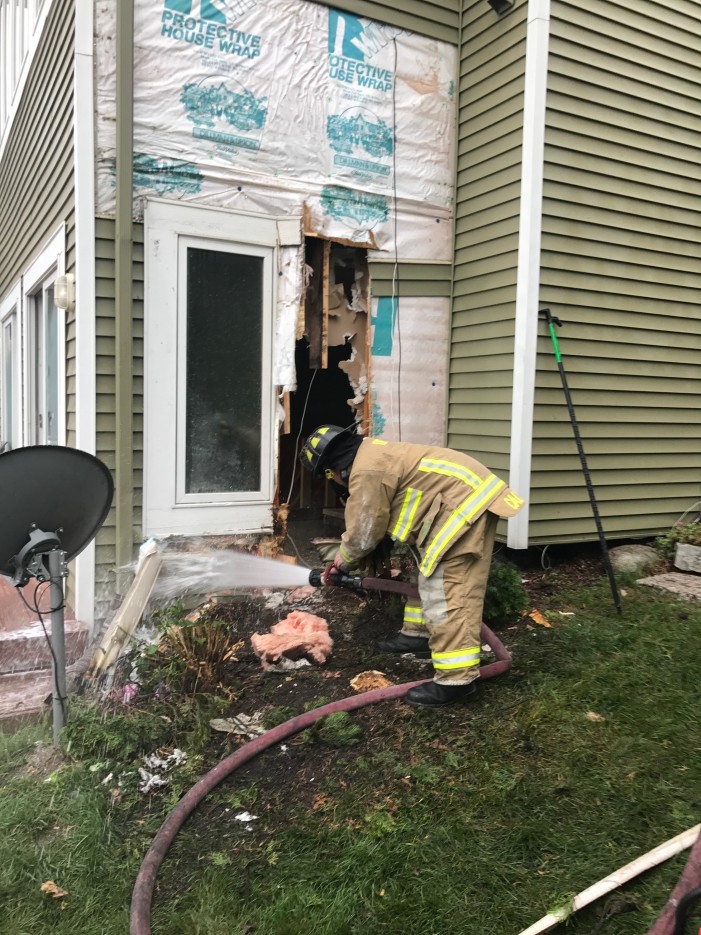 The Orion Township Fire Department fought two fires last week, one in the Keatington Condo complex and another on Sheron Road.

At 8 p.m. July 13, the fire department responded to a report of a fire in the attic of a condo near the 2600 block of Thornbrier Court in the Keatington Condos.

Firefighters saw smoke rising from the roof as they arrived on scene and determined the fire was in the kitchen area and had worked its way up to the attic, said OTFD Public Information Officer Chris Hagan.

Crews immediately began making access behind the walls and to the attic, bringing the fire under control and extinguishing it in under 30 minutes. The crews remained on scene to ventilate the home and check for hot spots.

No one was injured during the fire.

“These past couple days, but really the last few months, have been extremely busy for our department but we have a talented and dedicated staff who continue to show and perform at their absolute best time and time again,” Assistant Fire Chief John Pender said.

The Thornbrier Court homeowner reported that while he was cleaning the floor he saw an electrical flash in the kitchen area near an exhaust fan, which caught fire, according to a report from the Oakland County Sheriff’s Office.

An Oakland County Fire Investigator responded to the scene for a cause and origin investigation and determined the fire was accidental, the OCSO reported.

At approximately 6:45 a.m. July 12, homeowners in the 50 block of Sheron Road called 911 when they saw smoke filling their basement.

As firefighters arrived they determined the fire was between the walls near the rear of the structure, according to the Orion Twp. Fire Dept.

Crews made access behind the walls and extinguished the fire, limiting the damage to a small corner of the home, allowing the residents to return to their home.

No one was injured during the fire and the cause of the fire is still unknown.

“In both of these instances, everyone involved were able to walk away unscathed and we want others to take this as an opportunity to put fire safety at the front of their minds; like checking their smoke alarms to ensure they’re in a working order,” Pender said.

Pender wants to reminds citizens that smoke alarms older than 10 years old should be replaced and batteries should be replaced every six months. Taking these precautions can go a long way in keeping families safe in the event of a fire.