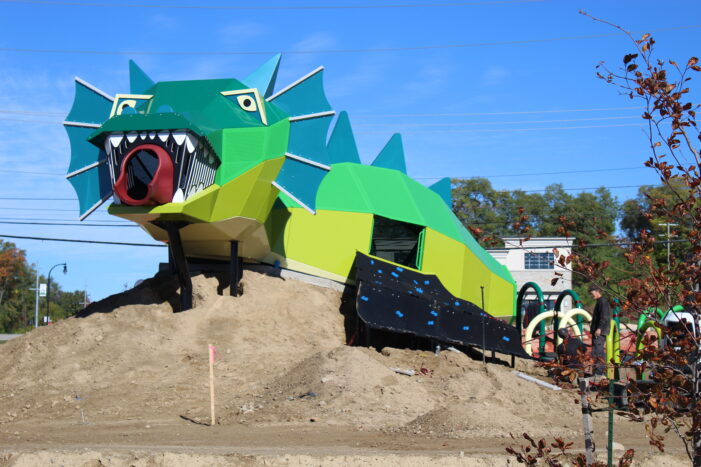 Orion Township and Oakland County officials will mark the completion of the Baldwin Road widening and reconstruction development during a ribbon cutting ceremony on May 4.

The Baldwin Road widening and reconstruction was a $50 million project paid for by the road commission, Orion Township and Oakland County government.

The multi-year project saw the transformation of Baldwin Road from two lanes to four lanes, the construction of five roundabouts, new landscaping, pedestrian lighting and safety paths along both sides of the roadway.

“The massive project involved the widening and complete reconstruction of the nearly two-mile section of Baldwin Road between Morgan and Waldon roads just north of I-75. The previously two-lane road was reconstructed as a combination of four-lane boulevard and five-lane road,” according to a news release from the road commission.

“We will be cutting the ribbon and turning on the fountain at the middle roundabout in front of Great Lakes Athletic Club and Little Caesar’s Plaza,” Bhatti said.

The ceremony begins at 10:30 a.m. May 4. The Lake Orion Review will have coverage of the ceremony.

Orion Township Supervisor Chris Barnett and Parks & Recreation Director Aaron Whatley will hold a ribbon cutting to celebrate the completion of the Playful Dragon playscape and the opening of the new pocket park at Baldwin and Jordan roads at 11:30 a.m. May 4. The public is welcome to attend.

“This unique statute/playspace was made possible in part with a $65,000 Play Everywhere Challenge Grant from KaBOOM! and the Built to Play initiative supported by the Ralph C. Wilson Jr. Foundation, in addition to $65,000 of in-kind work and materials,” Bhatti said.

This is the first of two planned pocket parks along the newly transformed Baldwin Road corridor.

Organizers ask that anyone attending park along Jordan Road or in the Menchie’s parking lot, not the La-Z-Boy parking lot.

The township has worked with the Ralph C. Wilson Jr. Foundation and KaBOOM!, which awarded the township approximately $400,000 in 2018 for the community-built playground at Camp Agawam. — By Jim Newell