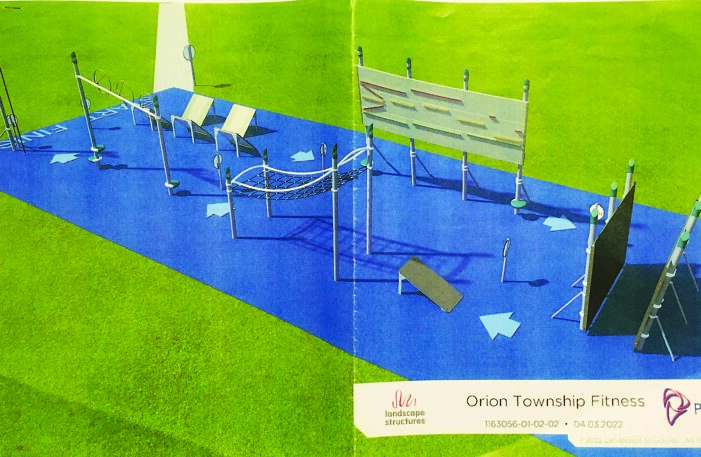 Five-year parks and rec. master plan up next

By Jim Newell
Review Editor
ORION TWP. — Orion Township voters overwhelmingly passed a millage renewal request for Orion Township Parks & Recreation, approving a five-year tax levy to support ongoing parks maintenance and development.
Voters approved the millage renewal by 11,686 votes in favor to 7,555 votes against, or 60.73 percent in favor and 39.27 percent opposed.
The millage passed in all 15 of Orion Township’s voting precincts, with voters precinct 2 in the Village of Lake Orion passing it by the closest margin, 803 votes (54.48 percent) in favor to 671 votes (45.52 percent) against.
In 2018, residents approved a five-year, 1-mill Orion Township Parks & Recreation Department millage, with 57 percent of voters supporting the millage.
Even though the current parks and recreation millage does not expire until next year, the township and parks and recreation department wanted to put a renewal before voters this so that they would not have to pay for an election in 2023, said Orion Township Parks & Recreation Director Aaron Whatley.
As of now, Orion Township does not have any elections scheduled for 2023, so if the township had decided to wait it would have had to pay for all the election costs for just one ballot issue.
The millage renewal calls for the township to levy up to .9537 mills, for five years “beginning in 2023 through 2027, inclusive, for operating and maintaining the Township’s Parks and Recreation services and facilities.” The funds will go toward operation, programming, equipment, facilities, personnel, maintenance, acquisition, capital improvements and all related costs of the parks and recreation department.
The levy will tax $.9537 per $1,000 of taxable value on all taxable property in the township and generate up to $2,020,953.49 in the first year.
“We’re extremely grateful for the community’s support. I think it shows to Orion Township that they value recreation and our natural resources and we’re very grateful for the opportunity to continue to be caretakers of our land,” Whatley said. “With that being said, during the last millage cycle we were very diligent with the tax dollars, what we were spending them on and staying true to our comprehensive five-year master plan.”
The current five-year plan includes the planned infrastructure and field improvements at the township parks and equipment purchases. The township is in the process of seeking bids for updating the plan for another five years.
“So, in 2023 will be an opportunity for the community to take surveys, we’ll have public forums, we’ll have a variety of different ways that the community can tell us what direction they want us to go for the next five years,” Whatley said.
The parks and recreation department does have some projects left over from the existing five-year master plan that will need to be paid for with the new millage funds, but new projects will certainly be a part of the next master plan.
“We’re looking for the community to tell us what they want us to do. And that really gives us a clear roadmap on the direction that the department will be taking,” Whatley said.
Civic Center Park
Civic Center Park on Joslyn Road will see many improvements over the upcoming year, especially on the land where old Orion Township Hall, which was demolished this summer, sat. That space will now be the site of new volleyball courts for residents – and another recreational amenity that residents had asked for during the development of the current parks master plan.
“We were hoping to put some volleyball courts in this fall, so we’re hopeful that those will be coming in 2023 but we do have an ice rink, a skating rink, that we’ll be putting up this winter, exactly right where the old township hall was,” Whatley said. “It’s a pretty good size, so we’ll have opportunities for the community to do free skating. There’ll be a few selected times for games if they want to play hockey, kids could come out and play. It will be a local community skating rink for those residents who don’t have access to a lake or a pond.”
The township is also building an adult-use fitness course at the park, although Whatley said it likely will not be completed until next year.
“We call it an adult fitness course. So, the kids can go play in the playground and the adults can go play in the playground fitness course,” Whatley said.
Pickleball and Tennis Courts
The parks and recreation department has built two pickleball courts and a tennis court
“We’ve pretty much got those wrapped up, we’re working through a few punch list items. But the pickleball courts are open probably until this week and then we’ll pull down the nets when we get some snow,” Whatley said.
In the next five-year master plan cycle, Whatley said he hopes to increase the number of courts.
“The community has been very adamant that they want more pickleball and our plan would be, once the master plan is complete, we’re optimistic in 2024 that we’ll duplicate what we have out there, just kind of a mirror image.”