Orion Lighted Parade, ‘Christmas in Toyland’, is canceled for 2020 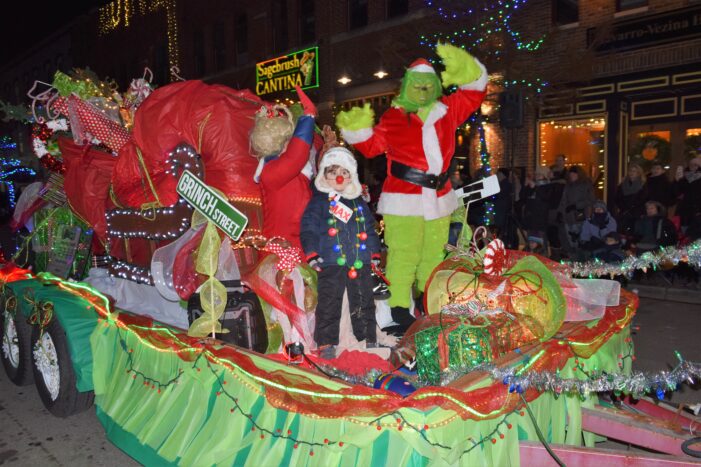 The Orion Area Parade Group committee has canceled this year’s Lighted Parade, citing safety concerns due to the Coronavirus pandemic.

“We were concerned for the safety of our spectators, but also for the safety of our participants, volunteers and police who would be working the parade. With the COVID-19 virus cases rising, we as a committee decided to cancel it for everyone’s safety,” said Bill Kokenos, chair of the Parade Group.

This is the first time since 1989 when the parade began that it has been canceled, Kokenos said.

“I feel really sick about it, I really do. But in the end, I think it’s better to protect everybody,” he said.

The Orion Lighted Parade, the largest lighted Christmas parade in Michigan, had been planned for Dec. 5. It is organized by the volunteers of the non-profit parade group and happens the first Saturday each December. This year’s theme was “Christmas in Toyland.”

The parade group made the decision on Thursday evening after initially planning on going forward with a drive-thru parade, in which groups or businesses would make floats and line them up along Broadway Street and cars would drive by.

However, Kokenos said there were also concerns about having groups of people get together to build the floats, having participants staff the floats and having volunteers stand by the floats and monitor them.

There also was concern that in a walkable downtown such as Lake Orion, pedestrian traffic could get too congested.

“People are going to be disappointed, I know,” Kokenos said, adding that he wants to assure people that the group is planning a parade for 2021. “I’ve already talked to the group. We’re going to start planning in January. We want to make it bigger and better than ever.

“And if people want to donate to the GoFundMe program for next year – because we did not have a fundraiser this year – that would be super because that will help us know what we can do next year,” Kokenos said.

The Holly Jolly Folly – the signature fundraiser for the parade held each year at Golling Buick GMC – had previously been canceled because of the pandemic.

On Nov. 15, the Michigan Department of Health and Human Services issued an emergency order that limits outdoor gatherings to no more than 25 people, effective Nov. 18. That order runs through Dec. 8, unless it is extended or rescinded.

That order came in the wake of rising COVID-19 cases, hospitalizations and deaths in recent weeks in Michigan. The MDHHS “enacts a three-week pause targeting indoor social gatherings and other group activities in an effort to curb rapidly rising COVID-19 infection rates,” according to the order.

Orion Lighted Parade, ‘Christmas in Toyland’, is canceled for 2020 added by mmkelley on November 25, 2020
View all posts by mmkelley →