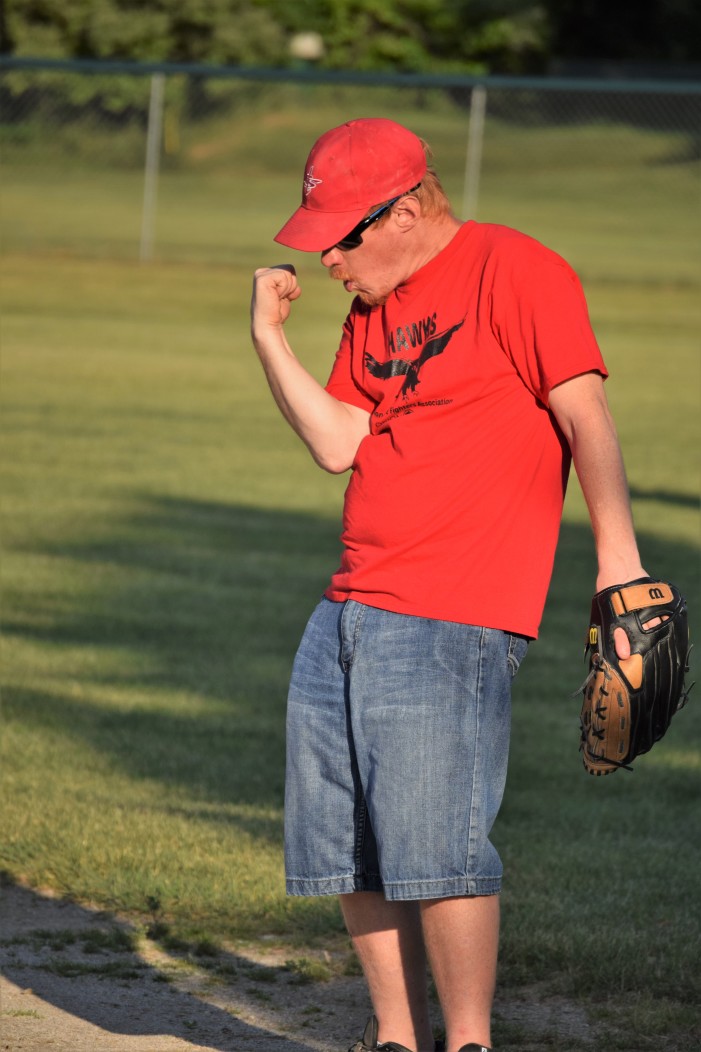 Perhaps one of the best and least known team records continued to grow last week when the Orion Hawks adaptive softball team defeated the Clarkston Wolves Blue team 23-10 on Thursday.

The Hawks remain undefeated on the season at 3-0-1.

With the win against the Wolves, the Hawks – part of the adaptive softball league for persons 13 years and older with development disabilities, with or without physical impairments – have amassed an impressive 31-1-1 record stretched over the past five-and-a-half seasons.

The team’s only non-win this season came June 21 against Waterford.

In the spirit that has marked the team – a love of the game and pride in their team – the Hawks were down 12-5 to Waterford late in the game but turned up their intensity to come away with a tie, said Hawks player Tommy Strauss, who has been on the team for 10 years now.

Orion and Waterford always have a competitive rivalry. Last summer, the Hawks only loss came against Waterford, 7-5.

And while the Hawks have earned an impressive record over years, for the players, coaches, parents, siblings and fans, it’s the love of the game and camaraderie that makes the season so special.

“Having the parents out here watching us cheering us on is what I like. I like playing with the team a lot,” Strauss said.

The team plays eight games against area opponents, said Manager Beth Karassy, who’s been helping with the team on and off for 14 seasons. Bob Cox is the head coach and Jeff Karassy is a coach/pitcher (coaches pitch to the players). All positions are volunteer.

The league is co-ed with players ranging in age and abilities. Everyone plays, everyone supports one another and everyone has a great time, so everyone wins.

First pitch for the Hawks’ final home game of the season is 6:30 p.m. July 19 on field #2 at Orion Twp. Civic Center Park off Joslyn Road.