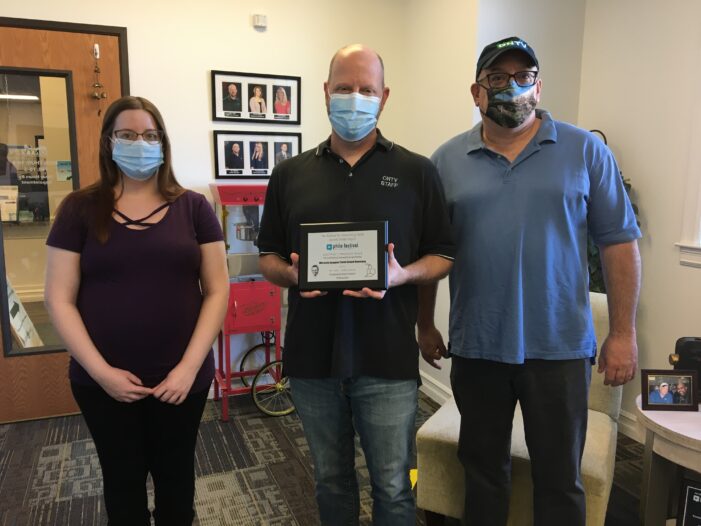 At this virtual event, ONTV was named the winner in the community event professional category for its “Miracle League Grand Opening” program.

“ONTV had multiple cameras at the event to cover the opening ceremony and following game,” says ONTV station manager Joe Johnson. “It was amazing to see the entire community come together to make this happen and we were happy to document this historic moment. To be recognized for our efforts by the ACM (Alliance of Community Media) is just frosting on the cake.”

Additionally, “ONTV Newscast” was also recognized as a finalist in the news professional category.

“This program is a perfect example of why community television is so important,” says Ian Locke, executive director for ONTV. “Local news stations came out and covered the event as a news story. ONTV covered the event from the opening ceremony to the final out.”

The Philo Awards, hosted by The Central States Alliance of Community Media, is an annual competition in public access television within the Ohio, Indiana, Michigan and Kentucky region.

Over the years, ONTV has taken home awards and been recognized at both the regional Philo and the national Hometown Media Awards.

“We feel that our staff and producers create programs that are considered to be the best in the country and our facility sets a standard that others hope to replicate,” says Johnson. “The feedback we get from the community regarding our programs and classes inspires us to keep doing what we’re doing.”

ONTV receives two awards at Philo Festival of Media Arts added by mmkelley on November 18, 2020
View all posts by mmkelley →