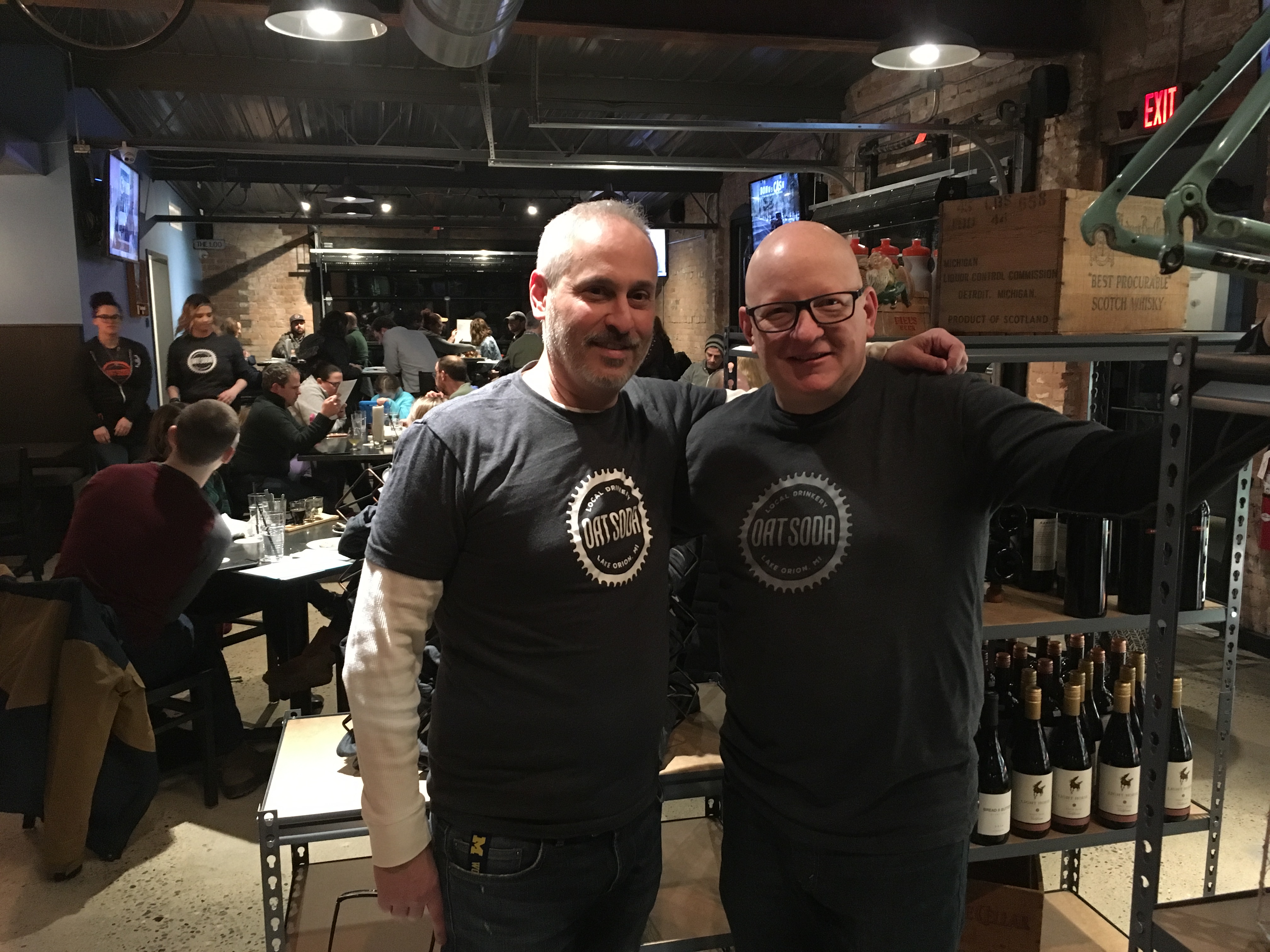 Turn the lock on the door, flick the switch on the sign, and just wait and see who notices.

Oat Soda owners Jason Peltier and Danny Fox had planned on a “quiet” opening for their new restaurant on Friday evening, but that quiet turnkey opening quickly turned into a packed house of hundreds of customers who wanted to check out Lake Orion’s newest restaurant.

But the Lake Orion community has long been waiting – more than a year since it was announced – for the restaurant, which focuses on craft beers, shareable foods and retail sales.

Peltier and Fox chose Lake Orion for its location in a walkable downtown district and its accessibility to the Paint Creek Trail.

“We wanted it to be in a downtown and walkable and Lake Orion fit really well,” Peltier said. “I live in Lake Orion. I’m a village resident.”

The restaurant will have 30 taps of rotating craft beers from Michigan and around the world, wines, craft cocktails, pizzas cooked in a brick oven, Bavarian pretzels and house made beer cheese, charcuterie and Socca, a gluten-free flatbread.

“I’m an avid fan of the Michigan craft beer industry,” said Peltier, who has a culinary degree and managed Clubhouse BFD in Rochester Hills for seven years. “All the food has been coming out amazing.”

A key feature is the tasting room and retail shop, so customers can sample the beer and wine and then buy some to take home. Oats Soda will also partner with local companies, such as White Pine Coffee in Lake Orion.

Peltier and Fox said they wanted to create a place where people could come that was different from other places in Lake Orion, while still fitting in with the downtown market.

Peltier wants all the establishments in the village to prosper and sees Oat Soda as enhancing the downtown climate.

Early reviews of Oat Soda, from the food, drinks, décor and waitstaff, have been exceptionally positive.

“It’s added a new dimension to the Village of Lake Orion, dining and entertainment,” said Dale Romeo, who enjoyed opening night with his wife, Mary Anne, and friends.

“It was well worth the wait. Jason and Danny have hit it out of the ballpark,” said resident Jim Blust.

DDA Executive Director Molly LaLone has been looking forward to Oat Soda opening since she heard that Fox and Peltier were interested in bringing the establishment to Lake Orion.

With the recent openings of restaurants Anita’s Kitchen, Bitter Tom’s and 313 Pizza Bar, the addition of Oat Soda complements a market rife with choice.

LaLone points out that Oat Soda’s focus on local craft beers and retail shop are things that haven’t been tried in this area and are bonuses for patrons to the establishment.

“It’s really changing what our dining scene looks like and it’s really exciting,” LaLone said, adding she loves that Peltier and Fox, both bicycle riders, are going to install bike racks and a repair station at Oat Soda, which is right next to Meeks Park and the Paint Creek Trail.

“I love the energy of the owners and their desire to be a part of the community,” LaLone said.

Peltier and Fox said it’s important to them to give back to the community in a variety of ways, especially in ways for which they have an affinity.

“That’s important to us, to give back to our community and support our businesses,” Peltier said.

Oat Soda is sponsoring the Lake Orion cycling/mountain bike team. Proceeds from Lake Orion Light beer on tap go to back to community and will initially be donated to Friends of the Lake Orion Village Parks.