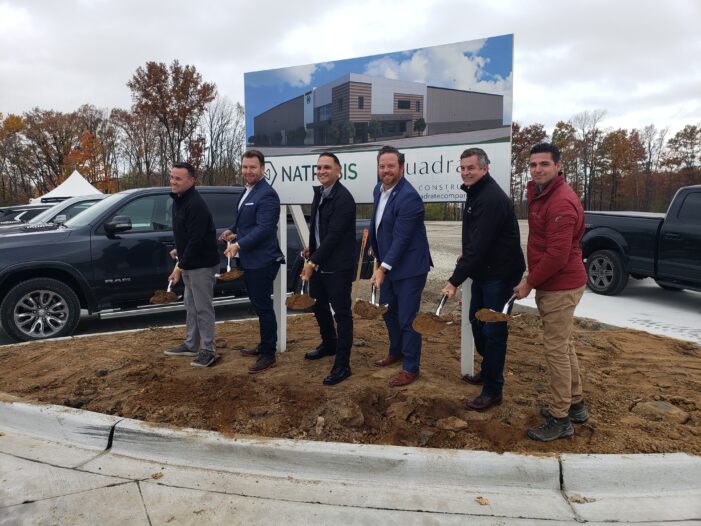 The project will bring roughly 65 new jobs to the area, according to information from Natrabis marketing contact Sherrie Handrinos, CEO and president of Boost One Marketing.

“The project will be one of the most technically advanced marijuana cultivation facilities in the state of Michigan, with its own processing center and development plans for five retail locations, two of which are slated for Southeast Michigan,” according to the company.

Natrabis expects the cultivation facility to be completed and operational between February and April 2021.

The company plans to build another 54,000 square-foot facility in Michigan and multi-state expansion plans include Florida, Illinois, Pennsylvania, and Massachusetts.

Natrabis has completed $1.1 million in underground and site work on the 5.5-acre Lake Orion facility. The company plans to use “a highly sophisticated design and cultivation processes to reduce their environmental footprint, improve quality and operating efficiency, and reduce waste.”

The development also includes “a $4 million state-of-the-art HVAC system” to recapture Heating, ventilation, and air conditioning “condensation through an underground filtration system to be recycled into clean water to help irrigate approximately 20,000 plants,” according to Natrabis.

The Oakland Business Park on Premier Drive – which is a separate development from the Natrabis project – broke ground in late 2018 on a $40 million development that will consist of three buildings and will have marijuana growers, processors, secure transporters and safety compliance tenants, developers said.

The Orion Township Board of Trustees approved an ordinance allowing marijuana growers, processors, secure transporters but did not approve retail marijuana facilities within the township. – By Jim Newell

Natrabis breaks ground on $20 million marijuana facility in Orion Township added by mmkelley on November 4, 2020
View all posts by mmkelley →