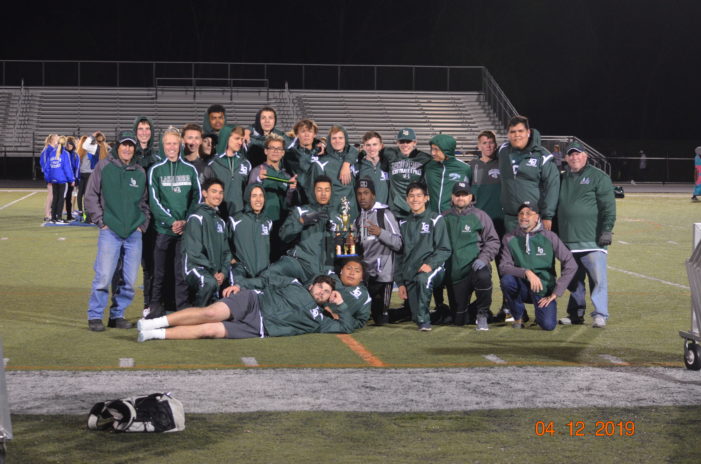 The Lake Orion men’s track and field team tied Rochester Adams on April 17 to keep their undefeated streak alive in dual meets.
“A tie is rare but we managed to do it well. A lot of things occurred that contributed to the tie, and a lot of things occurred that prevented a loss,” said Head Coach Stan Ford.
Each team finished with 64 points.
Senior captain Thomas Moreman won the high jump, 110-meter hurdles and the 300m hurdles.
Junior Andrew Nolan won both the 1,600m and 3,200 runs, while senior captain Sebastian Marku won the discus and shot put, the latter with a personal best throw, Ford said.
Junior Amaru Abdul-Raheem won the long jump then ran on the winning 400m relay team.
“Our depth in the sprints played a role,” Ford said. “Senior Matt Freeman, Junior Sanai Pillot, Senior Savion McHenry and Jesus Cruz all provided much needed depth to preserve our 7-year undefeated streak.”
Despite the success on the track and in field events this season, the team has had to contend with several key injuries.
“Caleb Campbell pulled up while in the lead (of) anchoring the of the 800m relay, so instead of winning that event we lost,” Ford said. “Senior Sam Knight was unavailable due to an injury, as was junior Blaze Lauer. But we ran well to preserve our undefeated streak.”