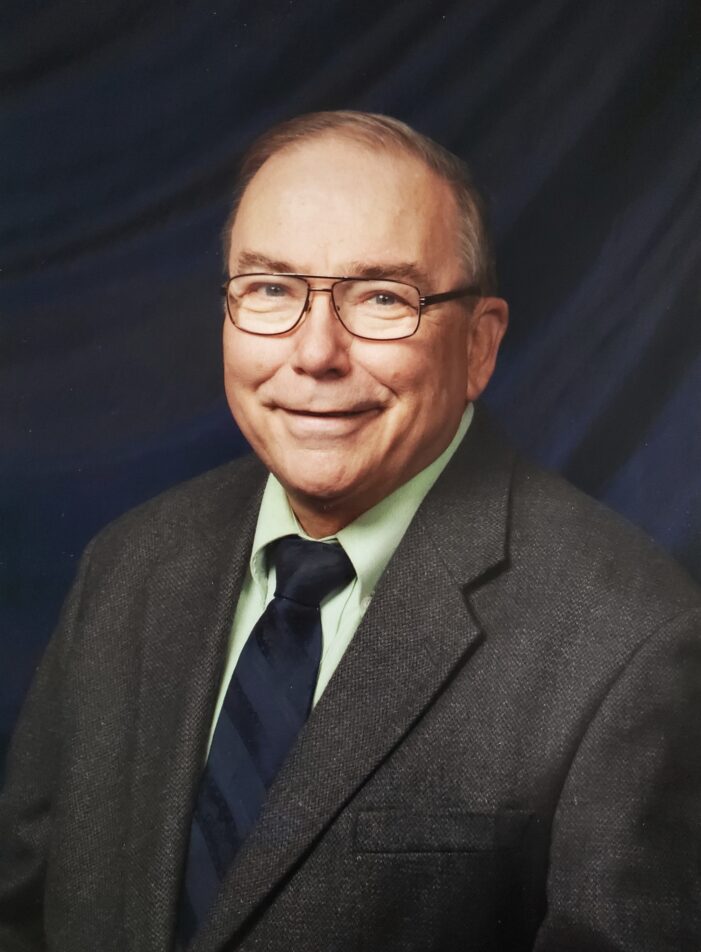 Ron was born on July 4, 1942 to the late Lloyd and Helena Ludy in Pontiac, MI. He is survived by his brother Stephen (Laura Morris) Ludy and sister Shari Bair.

After graduating from Pontiac Northern in 1960, he earned a Bachelor of Music in Music Education at Michigan State University – Oakland (now OU).

He retired from Daimler Chrysler in 2008, although he was originally hired by American Motors/JEEP 30 years earlier.

He pursued hobbies of music, motorcycles, and computers throughout his life. In his active retirement, he played piano at nursing homes, retirement facilities and Detroit’s Senate and Redford theatres.

He was a 43-year member of First Baptist Church of Lake Orion.

He was affectionately admired by his seven granddaughters (and spouses): Victoria Turner; Natalia and Samuel Hoon; Amelia and Andrew Ice; Sophia Turner; and Cora, Ella, and Lila Joslyn.

He was an incredibly loving son, brother, nephew, husband, dad, father-in-law, papa, uncle, great-uncle, great-great-uncle and loved dearly by his wife’s family, too.

His physical heart failed him, but those of us left behind have our hearts forever impacted by his legacy — his dedication to God, family and friends. To know Ron was to be embraced by his smile and goodwill. He will be deeply missed because he was nothing less than an extraordinary person.

The family will welcome friends for visitation on Sunday, November 8, 2020 from 3-7 p.m. at Sparks-Griffin Funeral Home, Lake Orion.

Funeral Service will be held on Monday, November 9, 2020 at 2 p.m., with visitation from 1 p.m. until the time of service, at the First Baptist Church of Lake Orion, 255 E. Scripps Road, Lake Orion.

Masks are required at both locations. e want to keep everyone healthy and safe, so there will not be a meal following the service.

The family prefers no flowers please.