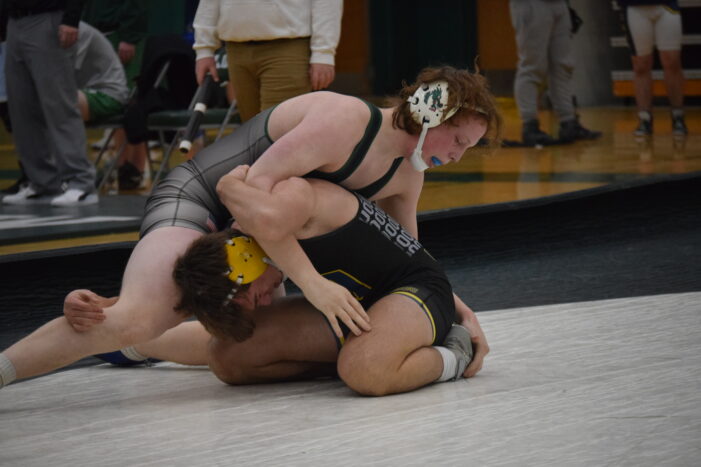 And then there was one.

The Lake Orion varsity wrestling team advanced one wrestler to the state finals on Saturday. Sophomore Judah Kinne will represent the team after a fourth-place finish at regionals.

Kinne, wrestling at 215 pounds, started the regional meet with a second period pin over his Flushing opponent.

His next match was against the eventual first place wrestler from Davison. Kinne would lose that match but would rebound the next match getting another pin; this time in the first period over a Traverse City West challenger.

The last match of the day went the distance with Kinne losing a 9-4 decision but securing a spot to continue.

Due to Covid, this years’ state finals were held in Grand Rapids and Kalamazoo with only one Division wrestling at a time.

Division 1, where Lake Orion competes, was in Kalamazoo on April 3.

The state meet did not start off well for Kinne, but it ended with a spot on the podium.

Kinne lost his first match by being pinned, but the second match proved better with a 9-3 decision over his Caldeonia opponent.

Needing one more win to advance to the placement round, Kinne had a convincing victory pinning the Birmingham Seaholm wrestler in the first period.

Next up was Grand Haven, where Kinne lost a close match, 9-6, putting him in a battle against Livonia Stevenson for seventh or eighth place.

Again, Kinne managed another pin securing a seventh-place in the state.