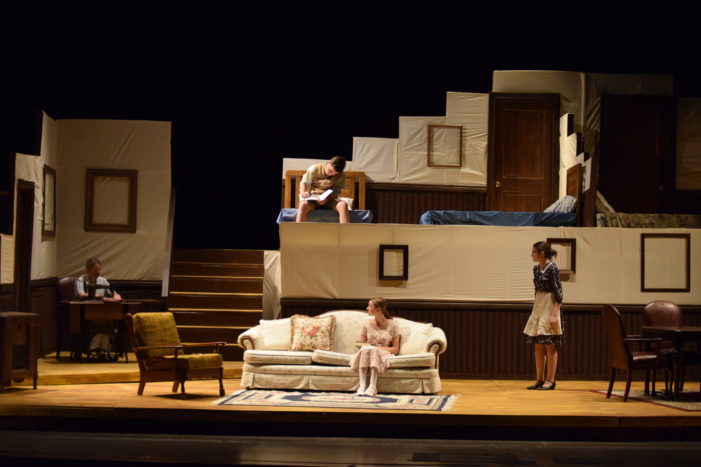 The cast is rehearsing their lines, the stage sets are underway and the Lake Orion High School thespians are set to “break a leg” when they present Neil Simon’s “Brighton Beach Memoirs” next week.

Performances are at 7 p.m. Nov. 21-23 and 2 p.m. Nov. 24. in the Lake Orion High School auditorium. Tickets are $9 for adults, $7 for students/seniors and are available at lakeoriontheatre.org, or at the box office one hour before the performances, while tickets last.

The production is rated PG-13 due to some mature subject matter.

The main character, Eugene Jerome, is a teenager dreaming of baseball and girls, but must cope with reality and the mundane existence of his family life, including his formidable mother, Kate, his overworked father, Jack, and his worldly older brother, Stanley.

Throw into the mix his widowed Aunt Blanche and her two young, but rapidly aging, daughters who come to live with Eugene’s family and it’s a recipe for hilarity.

This coming-of-age comedy focuses on Eugene’s efforts to navigate adolescence and his search for identity in 1937 Brooklyn, New York during the Great Depression. – J.N.