LOHS students Cell Out for Soldiers 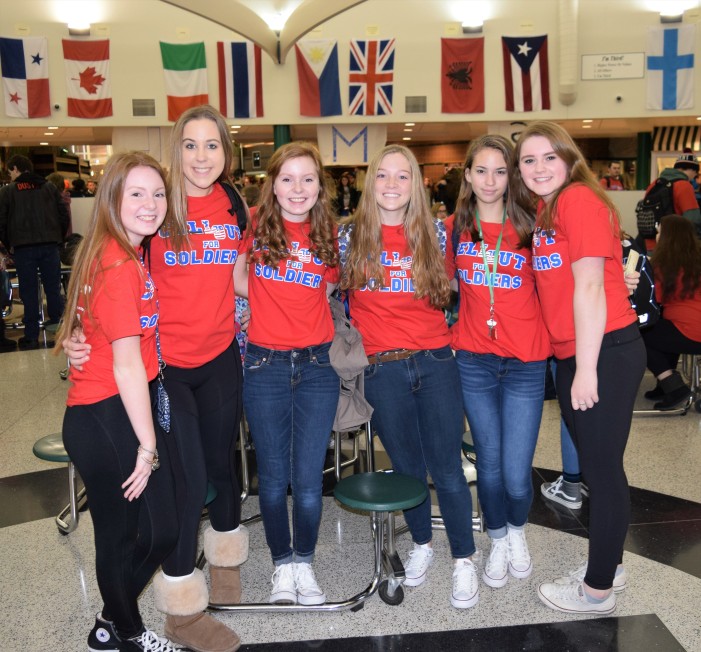 Amidst the wave of red t-shirt-clad teenagers were the typical sights one would expect at a high school: laughter, smiles, conservation, a reluctance to go to class.

What was missing from the scene? The texting, the lack of eye contact – the cell phones.

Last year the fundraiser collected 1.880 phones for the day from students. The fundraiser is planned, organized and administered by the student Leadership class at the high school.

“The goal this year is 2,000 phones,” said senior Chelsea Turk, 17, a member of the Leadership Executive Board, who helped collect phones. “I think they like doing it. It’s nice being able to focus in class. Phones are a big distraction.”

Students also will walk around the cafeteria during lunch with donation buckets for any student who wishes to contribute, and every student who participated got a red t-shirt with the Cell Out for Soldier logo, Turk said.

“The shirt is a cool aspect of it,” Turk said. “It’s like a sea of red at lunch and passing time (between classes) in the hall.”

The school donates to the Minutes that Matter program, providing call-time to service men and women to stay in touch with their families.

High School Principal Steve Falter said the students realize the fundraiser is for a good cause and he appreciates the unity they show in supporting Cell Phones for Soldiers and Minutes that Matter.

“I’m so proud of just how our entire building comes together,” Falter said. “It’s a real bonding experience, and it’s gotten better over the last three years.”

“We give a dollar for every phone we collect to the charity,” said Lori Hogan, Leadership advisor at the high school. “Last year we donated just over $3,000, and this we hope to top that.”

For details on Cell Phones for Soldiers, or to donate, visit www.cellphonesforsoldiers.com.