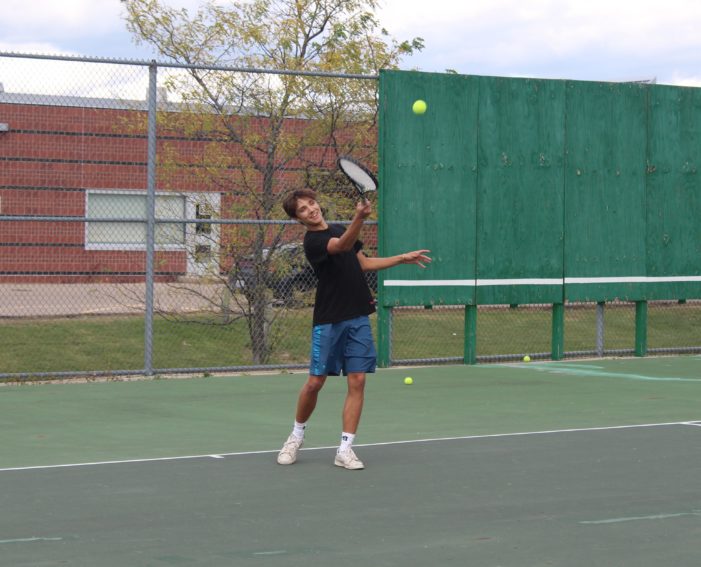 Having lost nine seniors to graduation, the young team has hung in with its competitors and managed to keep a steady momentum going that has kept them in the middle of the pack in their league.

“We finished towards the middle of the OAA White, which is a little higher than probably what we were (expecting), depending on what we had there,” said Baracciano. “We have regionals on Thursday, so we’ll probably be in the middle pack or lower pack of that.”

The boys will take on Clarkston for their first bout at regionals on Thursday and it’s sure to be a tough one.

“This is one of the best teams they’ve ever had,” Bracciano said.

Lake Orion has consistently gone up against strong competitors in regional play and this year is no different.

The Dragons will take on eight schools during regionals, with the three top teams being Clarkston, Bloomfield and Rochester high schools.

The team is led by captains Sam Moses and Evan Smolinski, with the team’s no. 1 player being Thomas Fluent, according to Bracciano.

LOHS boys tennis prepares for regionals this week added by mmkelley on October 9, 2019
View all posts by mmkelley →