By Georgia Thelen
Review Staff Writer
Stacy Keywell, a long-time Lake Orion High School teacher, has recently released another novel.
Keywell is in her 19th year as a French teacher at LOHS, but also holds a true love for writing in her native language, English.
When she was young, Keywell said for fun she would write short stories and illustrate them. She enjoys reading anything from Jane Austen to Harry Potter to the Hunger Games.
“Being someone who’s passionate about writing, when I teach I use a lot of stories to relate back to students,” said Keywell. “The stories are separate from teaching, but the passion for storytelling relates back to the teaching.”
Her newest novel, “Poppies for Christmas,” is a sweet love story aimed toward young adults that revolves around a young man named DJ who falls in love with a girl who is already taken by another man.
The novel switches back and forth between different character viewpoints, highlighting several different themes, such as autism, dating and family issues.
Keywell wrote “Poppies for Christmas” to have many perspectives from the different characters. She hopes readers will be able to create a strong connection to the real-life diversity of her characters.
“Poppies for Christmas” was released digitally on Nov. 16 through Soul Mate Publishing and is available for download through amazon.com, Kindle, iBooks and e-reader.
“I’m really hoping it goes to print because it does deal with young adults and autism,” said Keywell.
Keywell has also published a handful of stories through Dog Ear Publisher.
Her most recent children’s story is “Poppy and the Pesky Pudding Problem,” which provides a back-story to the “Poppies for Christmas” main characters and is available online and at Barnes and Noble locations.
Keywell hopes the children’s book can inspire youth and encourage them to stand up for themselves and others.
As an independent author, Keywell says her love for writing children’s and young adult books has stayed with her throughout life, but she just began to publish her books in 2013.
“It’s a process of going online and figuring out who the publishers are and what types of books they produce,” said Keywell. “I’ve met a lot of other local authors and seen whom they publish with.”
Pulling inspiration from traveling, meeting new people, films and the outdoors, Keywell tries to cater her works to many different types of readers.
“I can’t sit still so I’m always taking my family to different places like museums and the botanical gardens. I pull ideas from everywhere in my environment,” said Keywell.
Keywell says she loves the Lake Orion area, the people and bringing her children downtown to see the local sights.
She is currently working on her next novel. 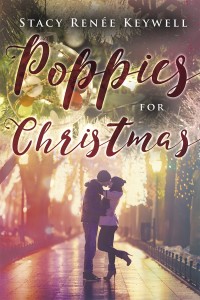