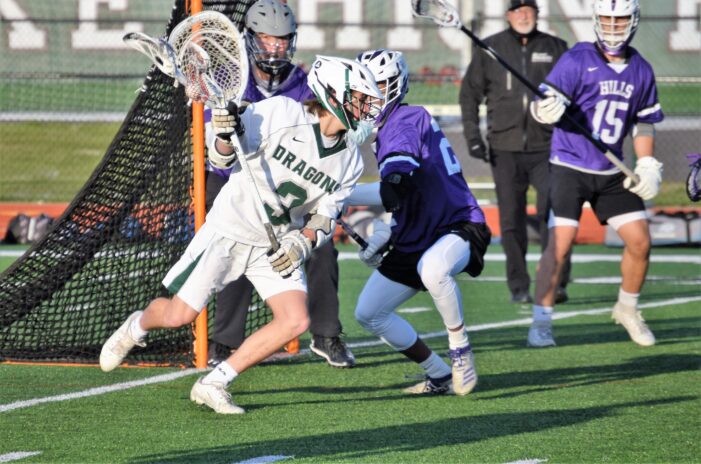 The Dragons jumped to an early lead when senior and midfielder Kade Manzo scored the first goal of the night within 30 seconds.

The onslaught continued as Lake Orion raked in goal after goal, maintaining possession of the ball for a majority of the first half.

Bloomfield Hills snagged their first and only goal of the night early in the second half but it wasn’t enough and the Dragons continued to attack the goal continuing their scoring rampage.

Brady Drury lead the Dragons in scoring with four points while Cross Papadelis, Kyler Carson and Manzo all added three.

Drury also lead in assists along with Caden Loken, both with two.

The highlight of the night went to Senior defender Willy Wojdylak when he hustled down the field and scored one of the final goals of the night.

Lake Orion is now 4-2 overall with their only losses coming from Birmingham Seaholm (7-5) and St. Mary’s.