Library board running as write-in candidates 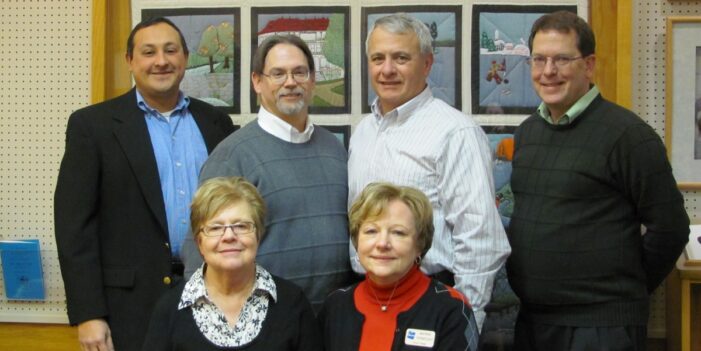 A write-in campaign does not happen often, and even less so when the entire slate is running as write-in candidates.

In the general election on Nov. 3, however, all six incumbent candidates for the Orion Township Library Board of Trustees are doing just that due to a misunderstanding in the filing deadline.

However, to vote for them, voters will need to write-in those names in the spaces on their ballots and still fill in the circle next to their names, said township Clerk Penny Shults.

This applies for mail-in/absentee ballots and when voting at the polls on election day as well.

“It’s so unfortunate that that occurred. It’s very odd to see that wide-open space on the ballot,” Shults said. “But there’s a process in place to remedy that, and we’re grateful for that.”

There are no other candidates on the ballot for the library board and no one else has come forward to attempt a write-in campaign, so all six incumbents are running uncontested.

The Orion Township Public Library board is a an unpaid, non-partisan office. It is an independent governing body, not affiliated with Orion Township nor Village of Lake Orion.

Combined, the six board members have 112 years of service on the library board: Thorndycraft has been on the board for 28 years, Pergeau and Abramczyk for 24 years each, Phillis for 16 years and Quinn and Luna for 10 years.

“It’s just getting the word out. It’s hard in Orion Township to get to everybody,” Thorndycraft said.

“What happened was that we were given blank petition forms from the Orion Township Clerk’s Office as well as a cover sheet listing all of the filing dates for each office. Filing dates are different for many offices,” said Abramczyk.

The document listed a July filing date for Library Board Members when in fact the date was in April. Board members were notified after the date had passed that they missed filing on time. Most non-partisan elections for the general election had July filing deadlines, such as the Lake Orion Village Council and the Lake Orion Community Schools Board of Education.

“I’ve done a write-in before. It’s not a big deal. (Clerk) Penny (Shults) called us and profusely apologized. And I said, ‘We’ll just do a write-in campaign. It’s not that hard,’” Abramczyk said. “You have to get your word out there and educate the voters on what to do, but we’ll get through it.”

And the race for the library board is not generally a “hotly contested” election, he said.

“As you can imagine with election laws, it is truly our responsibility to know the rules. It was an unfortunate mistake, but it is not really a big deal to run a write-in campaign. I do think that it is interesting, as write-in campaigns are relatively rare,” Abramczyk said.

Thorndycraft, the board’s president, said she is seeking re-election because she believes in the library’s mission and wants to help the library and the community through the services, resources and activities the library provides.

“I love it. I love the library. The library is awesome for all the things that they do for the community and always being current with what’s going on and the needs of the community. I’m always happy to be a part of that,” Thorndycraft said. “We do this out of the goodness of our hearts and because of what we believe in.”

The board sets library policy, sets and approves the annual budget and hires the library director, which has been Karen Knox since February 2012.

While the board hires the director, it does not interfere with or manage day-to-day activities. “And we’re so happy with Karen. And she’s responsible for the staff,” Thorndycraft said.

Thorndycraft said she’s seen many changes during her 28 years on the board, especially in technology. The library went from using card catalogs to computer-based; from VHS and cassette tapes to DVD/Blu-Ray and CDs; and now to streaming services.

“We try to stay current with that and be able to provide (to the community) – even in this time of COVID. Even though the library isn’t open to go and directly look at books they can still get books and they can still get the resources they need,” Thorndycraft said.

The library currently is closed to walk-ins, but is taking appointments for some services and has curbside pickup for items reserved online or by phone.

Library board meetings are usually held on the third Thursday of each month in the library’s Conference Room. The public is welcome to attend. Check www.orionlibrary.org/library-board/ for schedules and meeting minutes.

Library board running as write-in candidates added by mmkelley on October 7, 2020
View all posts by mmkelley →