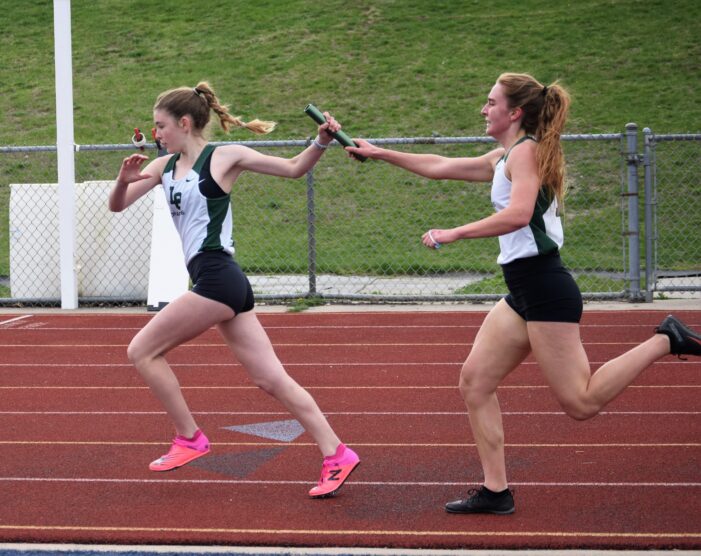 While there are 53 girls on this year’s team, a year off has taken a bit of a toll and the team lacks some of the depth and experience of previous seasons.

“The emphasis is on doing what is right for the individual. We want them to have a great year and a great time as they develop,” Ford said.

Senior Sophie Novak is the team’s standout long and middle-distance runner and is an all-state cross-country runner. Ford said he expects to use Novak in the middle- and long-distance events and will mix her into the relay teams.

Ford said he expects the girls to continue to improve every meet and wants them – and the boys team – to have fun and focus on improving from meet to meet.

“That goes back on the coaches as well. When the kids have fun, we have fun,” Ford said.

The head coach also hopes to send some of the younger runners to the underclassmen meet at Fenton High School.

“That’s how we continue to develop the young kids,” Ford said. “Fenton has a ninth and tenth grade meet and our freshmen and sophomores usually go to help them get extra experience.”

“Senior Captain Sophie Novak was again a double winner in both the 1,600m and 800m runs. Senior Captain Cate Leonhard won her three specialties also, 100m hurdles, long jump and was second in the high jump. Cate also led a Dragon sweep in the pole vault, along with junior Bella Monterosso and Carlie Knebl,” Ford said.

The Dragons will compete in the 58th Annual Oxford “Elmer Ball” Track & Field Invitational on Saturday at Oxford High School beginning at 10 a.m.

On Wednesday, the Dragons will race against the Clarkston Wolves in a dual meet at Lake Orion High School.