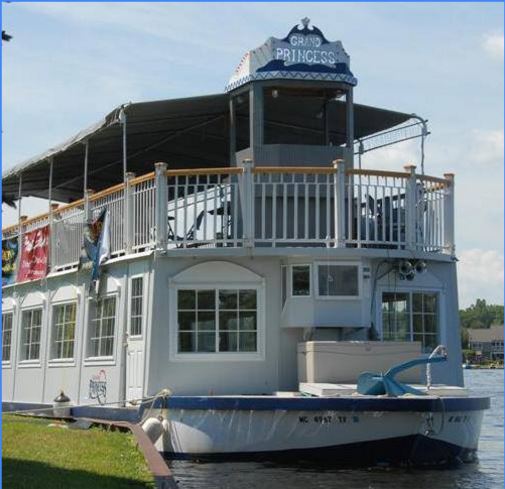 Oxford and Orion are merging forces to benefit festivals in both communities this summer with an evening cruise aboard the Grand Princess Riverboat on Lake Orion.

The Caribbean Cruise raises funds for the Lone Ranger Parade and Festival in Oxford Aug. 5-6.

Oxford businessman Rod Charles, who organizes the Lone Ranger festival — ‘The Home of the Mask” — is organizing the cruise.

Charles also is contributing to the Lake Orion Fireworks Association to help with this year’s operating costs.

“This is part of the Lake Orion Fireworks Association,” Charles said. “This helps out Lake Orion, and we’re doing a fundraiser for the Lone Ranger, too.”

This year’s fireworks show is from 9 – 10:30 p.m. July 1 on Lake Orion and has been a local draw for years, with people lining the lakeshore and the streets and businesses in the Village of Lake Orion to view the fireworks.

Attendees are urged to arrive early.

Reggae band One Love out of Detroit will perform during the cruise.

Tickets are $39, “Which seems pretty fair to me for a riverboat cruise with Reggae music. It’s going to be fun,” Charles said.

The cruise includes hors d’oeuvres and cuisine from local restaurants.

Charles said he drove up M-24 last year when the Grand Princess was docked at Pelton’s Point for the LO Fireworks Association fundraiser and turned his car around to check it out.

“Coming up M-24 one day I see this huge boat docked in Lake Orion. I took a mental note to use it for a fundraiser and called Carl Cyrowksi (president of the Lake Orion Fireworks Association) and said, ‘This is something that looks like fun, let’s do it.’”

Charles, a Lone Ranger aficionado said he would like to bring events to Oxford and Orion and see the communities do more together to benefit residents.

“I mean, we’re three miles down the road from each other. Everyone benefits,” he said.

Oxford resident Brace Beemer was the third radio voice of the Lone Ranger from April 18, 1941 through Sept. 3, 1954. Beemer was an American radio actor and announcer at radio station WXYZ (AM) in Detroit.

Clayton Moore went on to star in the popular televsion show, The Lone Ranger, in the 1950s.

To purchase tickets online visit www.homeofthemask.com or http://rodcharles.wixsite.com/home-of-the-mask. Click on the Tics tab and Caribbean Cruise.

For information on the Lake Orion Fireworks Association, or to make a donation, visit www.lakeorionfireworks.org.

Lake Orion Fireworks Association meets ‘The Mask’ during riverboat cruise on Lake Orion in July added by scarroll on June 8, 2017
View all posts by scarroll →