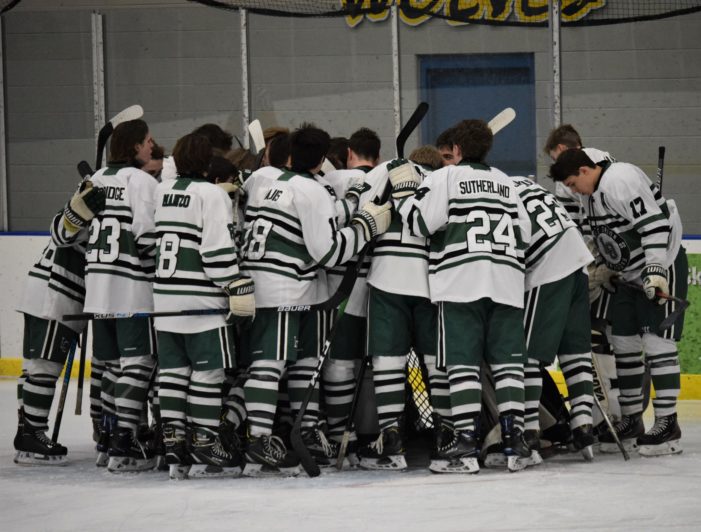 Lake Orion kicked off the game with the first goal of the night by Brendan Bajis with assists from Andrew Potyk and Brendan Finn.

The Black Hawks fired back scoring their only two goals in the first period taking an early lead.

The Dragons took back control in the second period with Finn scoring a power play goal with an assist from Nick Haag. Later in the period Haag snagged a goal for himself with assists from Luke Prainito and Bajis.

Potyk scored the final two goals in the third period putting the Dragons up 5-2 and receiving their ticket to the regional finals.

The boys advance to take on Brother Rice at the Oak Park Ice Arena on Wednesday. — M.K.