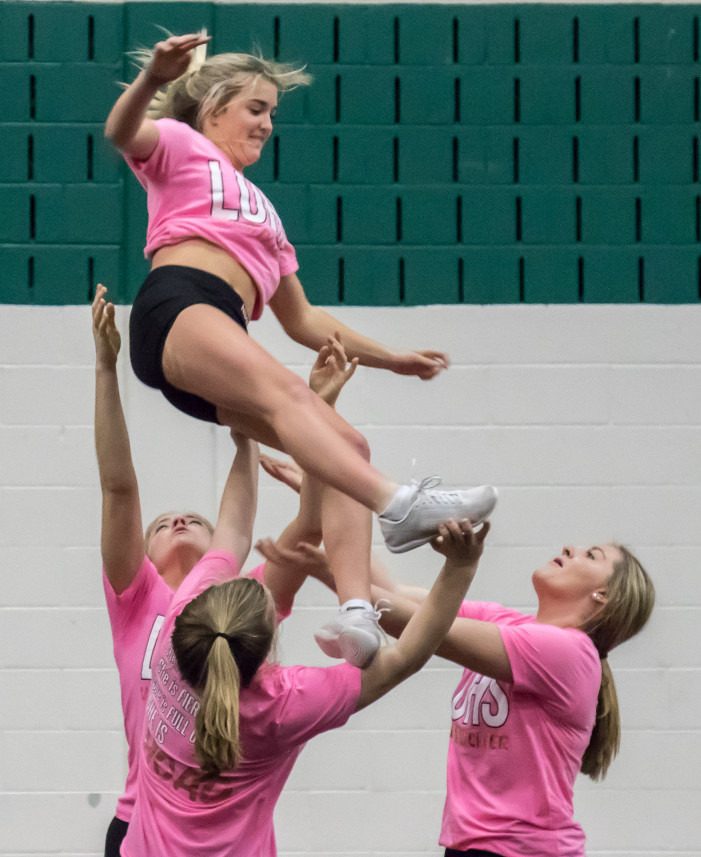 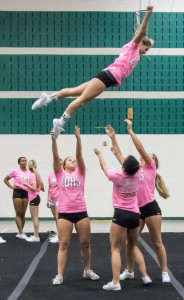 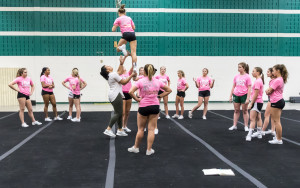 The LOHS competitive cheer team consists of 26 talented lady athletes. It’s a school sport developed by the Michigan High School Athletic Association (MHSAA); it is challenging and it requires athleticism.

Tryouts were held over a two-day period in early November.

The team had one month to prepare for their first competition in Caledonia on Dec. 9. The Dragons placed third at the CCCAM meet.

On Dec. 12, at the OAA Red Division #1 competition was held in Rochester, they placed fourth.

Head Competitive Cheer Coach Niki Hills said, “The OAA Red is by far the toughest league in the state.”

High school competitive cheerleading involves cheer squads competing against each other for three rounds at every competition.

The first round is the jump round, where the team is judged on their floor mobility, vocals, jumps, team coordination, difficulty and variety.

In the second round, the team will demonstrate their skills and the judging is based upon skill execution, including correct body position.

Third is the stunting and tumbling round. The team score is based on the number of different tumbling skills, jumps, stunts and flairs performed.

Coach Hills said that round two is their strongest round and the girls continue to improve at each competition.

“I feel the team is going good, it is a rebuilding year for us because many of our girls graduated last year, it was a strong senior group,” said Hills, adding that she likes this team because there are seniors that have been on the team for years and they offer good leadership.

Hills prepares the teams’ choreography, unlike many other schools that hire it out.

“I hold on to that, it’s something that is important and I know the kids better than anyone, so I know what they are going to do well and it’s a big advantage,” she said.

The expectations of the team are high — they have won their district five years in a row so they feel a lot of pressure to defend that record.

Coach said that making it to the state championship is always a goal.

The region is harder this year, as teams are improving because the sport is progressing and becoming more competitive.

This is the fourth year Hills has been the head coach at Lake Orion and she has seen a tremendous growth in teams. Four years ago, she said her team was one of eight; now there are between 12 -16 teams, and “It has become very competitive and very intense,” she said.

After a much-needed holiday break, the girls will continue to practice Monday through Friday and compete on Saturday.