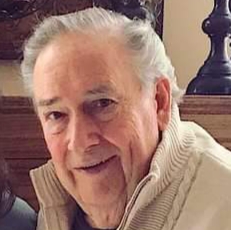 He was preceded in death by his parents Ken and June Lang, his in-laws Nick and Lue Steffens, brother-in-law John Steffens and grandchildren Nicole Burton and Aric Sutton.

Terry was a hard-working man who loved his family. He worked as a General Foreman at Pontiac Motors and was a driver for the North Oakland Transportation Authority for many years.

He had a passion for classic cars and enjoyed going to car cruises with his friends. He owned many classic cars throughout his life but his most recent love was his 1960 Gold Pontiac Ventura.

Terry will be missed by everyone who knew him. The family will receive friends for a visitation from 4-8 p.m. on Tuesday, May 18, 2021 at Sparks-Griffin Funeral Home, Lake Orion. A private family funeral service will be held.

Memorial donations may be made to Angels of Hope, Kids Gala or Tied Together Forever.