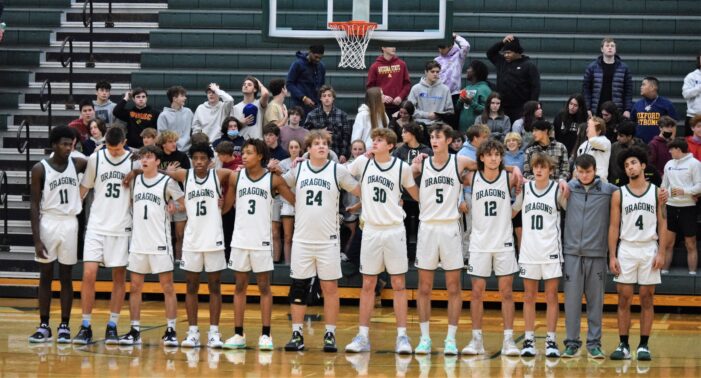 Lake Orion head coach Joel Schroeder’s tenure at the helm of the Lake Orion boys’ varsity basketball team has come to an end.

Schroeder resigned from the position he has held for a little more than two years on Dec. 21.

“Over the course of the season, it became apparent that our varsity team was struggling, on the floor and off, with Coach Schroeder. With that in mind, Coach Schroeder felt that it was best for all involved that he step away and allow the program to go in a different direction,” Bell said. “As the athletic director, I appreciate the high expectations and the hard work that Coach Schroeder invested in our basketball program.”

Bell announced in April 2019 that Schroeder would take over the team from former Coach Jim Manzo, who retired. Last year, the Dragons won the Oakland Activities Association Blue division with a 11-5 record in a shortened season due to COVID-19.

Andrades, former Birmingham Seaholm head coach and an assistant under Schroeder, now takes over a Dragon’s program that looks for a mid-season resurgence to compete for another league title.

“With this coaching change, we are fortunate to have Coach Andrades on staff, along with our varsity assistant Phil Richardson.

“Coach Andrades has been a successful varsity head coach and brings years of coaching experience. He is a teacher at Almont High School and is a teacher of the game as a basketball coach. Our athletes are very familiar with Coach Andrades and they have made a great transition to his leadership as interim head coach,” Bell said.

Andrades recently coached the Dragons to a hard-fought victory over the Oxford Wildcats on Jan. 8.

“Our goal for all of our athletic programs is to put the best coaches we can in place for our student-athletes,” Bell said. “Our basketball program is in great hands under Coach Andrades.