In a courtyard with kids, remembering 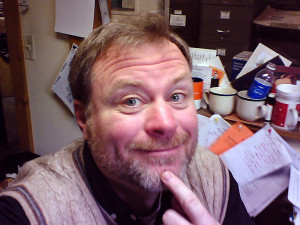 Last week, before most Memorial Day remembrances had yet to take place, I had the chance to skip down memory lane and get a glimpse of the future. I visited Clarkston Junior High School.
The school, back a few years ago was Clarkston High School where I and countless others roamed the hallways.
Today, Clarkston Junior High School is much bigger than when it was Clarkston High School.
And, yep, I admit I got a little lost. Soon, with a keen reporter’s sense of place and time, I found my destination — the courtyard, right outside the student commons area.
When I was a student, the court yard was — well — I don’t think it was ever used. On the day I visited last week, as white clouds floated in a blue sky above, birds sang, a water fountain gurgled, flowers were in bloom and the grass was soft, lush and green.
It has been well maintained. I was there to take pictures of a Memorial Day ceremony, organized this year by CJHS English teacher Erin Shaw. Said she, “The courtyard was opened and dedicated in honor of Clarkston High School graduate Jenna Beno, in 2012. We have a Memorial Day Commemoration in the courtyard and Veterans Day Ceremony in the courtyard every year. It is open to community attendance. Every Veteran’s Day we honor a veteran by placing a mosaic stone in the gardens.”
Jenna, a 2006 CHS grad, died in 2012 at the age of 24, from complications due to an injury she sustained while serving the US Army in the Iraq War. Her parents, Bill and Kristi Beno, attend each commemoration at the CJHS courtyard. Also in attendance were students from Shaw’s English Language 9 class and Alex Sennabaum’s History class. I’d say about 60 kids, if you include the band. Maybe it was closer to 70 kids.
What moved me, more than the manicured courtyard, more than hearing the Clarkston Junior High School Band performing our national anthem, or the playing of Taps with its haunting echo, were the speeches given by three ninth graders.
I don’t know. I reckon there were smart, caring and emotionally deep kids when I was in the ninth grade, but I don’t think I knew any of them.
If you wanna’ say I hung with the wrong crowd, go ahead. I cannot deny it. Many of us kids had dads, grandfathers, uncles, older brothers and cousins who served in Vietnam, Korea and World War 2. I don’t remember much thought about Memorial Day back then. Dad didn’t talk much about his time in Korea, though a big part of him, I believe, died there.
I mean we were all patriotic and stuff, but nobody wanted to talk about death, especially war death. Maybe the nation was still trying to hide in shame for the way it treated Vietnam vets? Like I said, I don’t know. I was a teen thinking about girls and how to get rid of pimples.
* * *
Hats off to the parents, teachers and mentors of ninth graders Grace Nolan, Kaitlyn Joyner and Drew Stark. Each of this trio delivered a short speech, in front of their classmates, teachers and the Beno family on this topic, “Why is it important to celebrate Memorial Day?”
Here’s a little from each speech:
“The legacy I celebrate for fallen vets in my life is bravery and strength, and the will to never back down . . . Why, why do we celebrate Memorial Day? To honor, to respect, to remember each legacy that each fallen veteran has left us . . . Memorial Day is a day to remember and reflect on the legacies left for us, and in turn, be inspired to leave our own as we live our lives.” Grace Nolan
* * *
“It takes a toll on many of us, to recall the past. Many of us only learn of war through our textbooks. For those of us who have neve seen a battlefield, it feels easier to dismiss war.
“Our country has had many wars and is still standing today, after all. The numbers don’t sink in because they don’t have faces or names or stories attached. A good number of us haven’t seen the bloodshed. So we are left seemingly numb to the suffering so many endured . . .
“However, on days like today, we gather together as one to relive a past that deserves to be remembered . . . The most important time to listen is when it is hard to. We must listen and learn what we wish not to repeat, to learn what we stand for.” Kaitlyn Joyner
* * *
“It is crucial that we don’t just think of Memorial Day as a day off from work of school. It is important to remember that although you may be enjoying a bonfire with family, there were people just like us who decided to give their life to make our life safe and enjoyable.
“Memorial Day is not just a day to get a good deal on those shoes you’ve been wanting forever, or to roast marshmallows. It is also a day to take a moment or two of silence to remember and pray for those who have fallen and their families . . .” Drew Stark
* * *
For my money, I say this batch of youngsters coming down the pike is more remarkable than the ones I was a part of when I was young. Folks moan and groan and dismiss this younger generation as emotionless and not caring. I think those folks are wrong; I think they’ll do just fine by us, themselves and their own children, too.

In a courtyard with kids, remembering added by Don Rush on June 1, 2016
View all posts by Don Rush →