If you don’t know how to vote, you probably shouldn’t 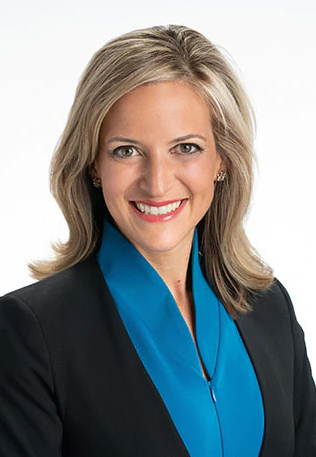 Last Friday, yours truly,  like every other media outlet reporter, broadcaster in the state received a press release from our very own Secretary of State, Jocelyn Benson.
The release was headlined:

Followed by this subhead:

Majority of rejections could be easily fixed with changes to law.

The release starts, “The majority of disenfranchised voters in last week’s statewide primary could easily have had their votes counted with small changes in law, preliminary data on rejected ballot numbers show. Of the approximately 10,600 rejected ballots, more than 8,600 (over 80 percent) were due to signature verification issues or late arrival – issues that could be fixed by bills already introduced in the state legislature.

‘“The data demonstrates that thousands of people who cast otherwise valid votes were not able to participate in last week’s election solely because the Legislature failed to act ahead of the primary,’ said Secretary of State Jocelyn Benson. ‘With turnout and absentee ballot numbers expected to double or even triple in November, we could be looking at tens of thousands of Michigan citizens disenfranchised if the legislature again fails to act.”’
There are a couple of things with this press release  which piqued my interest. First, how do they know the voters were disenfranchised? Do the voters know their votes didn’t get counted? And, if they didn’t know, how can they be disenfranchised?
The number of ballots not counted from the Secretary of State break down like this:

These are just the number of ballots which were not counted that were caught by the system. I wonder how many slipped through the cracks that were counted and should not have been? How many dead people received ballots and voted?
What I didn’t see in the release and the link the release provided so I could research deeper, was this: How many ballots were tossed out because people voted across party lines?
The Secretary is throwing her weight behind a couple of Michigan bills in the House of Representatives, House bills 5987 and 5991. The first would allow ballots to count if postmarked by election day, even if they arrive up to two days later. The latter would require clerks to contact voters if the signature on the absentee ballot does not match the one on their registration.
While these two new proposed bills on their face seem innocuous and simple, here are some extra thoughts from the Cranium d’Rush.
Why can’t people take the responsibility and send their absentee voter ballots in on time? Right now, months before the November General Election, all news reports say, “Mail in your ballots at least two week in before the election if you want them to count.” How hard is it to ask for the ballot, fill it out and get it back on time?
On the signature bill, how much time and money will that cost our local clerks’ offices? Sounds like more unfunded mandates from upon high.
Also, put this in your pipe and smoke on it a while. Why are some people pushing fear before the election — fear that your vote won’t be counted? What was the real reason for the release and the push for these bills?
Let’s do some math.
In the Primary Election 2.5 million Michiganians cast their ballots, totally. Of that, 1.6 million Michiganians cast theirs as Absentee Ballots. So, when Donny “Do The Math” Rush starts a’ciphering he comes up with this . . .
. . . they want to pass two new laws for an issue which affected less than one half of one percent of votes cast by Michiganians (or a little over half of one percent of the absentee ballots). This is for the total of “Disenfranchised” voters.
I drilled down a little more, and of ballots thrown out for being late (6,405), the numbers say they want a new law for a quarter of one percent of the voters. And, the other would-be law, requiring clerks to verify signatures is for only .049 percent of the absentee ballots — 797 out of the 1.6 million cast via mail/or hand delivered.
According to what I found, it costs about $272,500 to pass a law in Michigan. So, some in our state would spend, therefore, over half a million dollars for something which affected less than one percent of the voting population. That wreaks of very unsound fiscal planning or some sort of political red-herringism. (Read: be angry voters, don’t pay attention to what is really happening, just be angry because we are telling you, you should be.)
How about this? Our system worked for 99.5% of the voters — it ain’t broke. It doesn’t need fixing. And, as a final thought, if you don’t know how to vote, maybe you really shouldn’t be voting.  The Founding Fathers banked on an “educated” electorate keeping the nation free.

Send your comments to DontRushDon@gmail.com

If you don’t know how to vote, you probably shouldn’t added by Don Rush on August 19, 2020
View all posts by Don Rush →