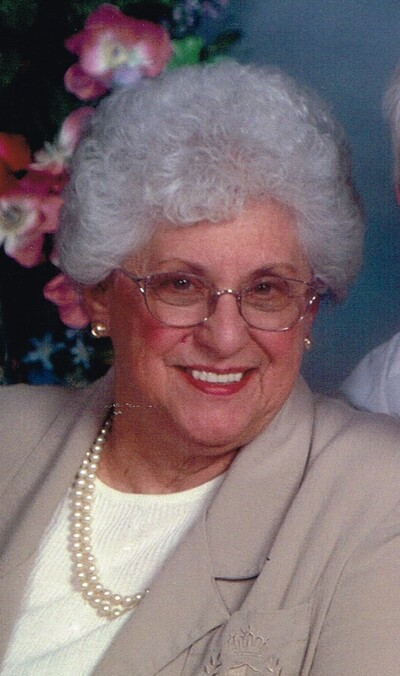 Grace was an example of Christian faith and good living to all. She was very gracious and intelligent. She is predeceased by her loving husband, Carl; brothers Rene and Hector; and stepchildren David, Randy (Marie) and Nora (Bob).

Grace was involved in church vocal and hand bell choirs. They were involved in Community Theater, square dance groups from Texas to Canada, and Carl’s USS Twining shipmate reunions.

Grace and Carl made friends easily and spent many winters in Texas, where Grace tutored children through the H.O.S.T.S. program. Grace was an Oxford Bank retiree after more than 28 years of service. She was a member of the American Legion Auxiliary, Post 108, for over 40 years.

She was a very patriotic American, but also proud of her Belgian heritage. She was grateful her parents were willing to endure many months of hardship to provide a better life for the family – free to enjoy the blessings America offered, safe from the perils of WWI.

Grace requested that memorials be made to Leader Dogs for the Blind or Lake Orion United Methodist Church.