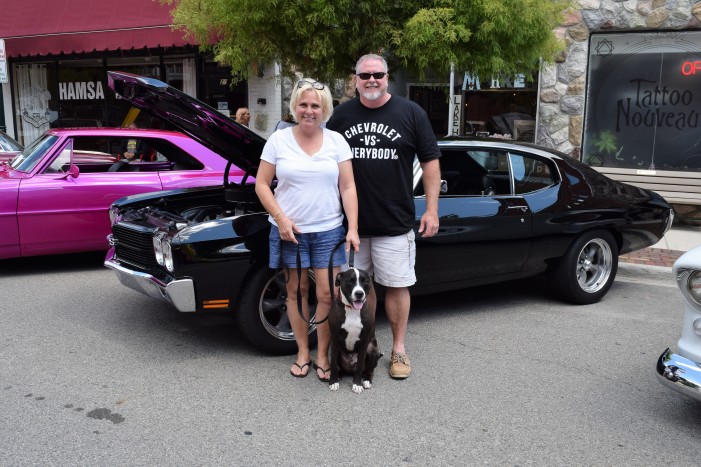 And while everyone let the good times roll, the real beneficiaries of the car show are Orion area families. The car show was a fundraiser for the Lake Orion Police Association’s Kids & Kops programs.

“Our great appreciation to Golling for all their support. It’s not just support of the Lake Orion Police Association, it supports Lake Orion kids because they’re the ones who really benefit from it,” Narsh said. “The biggest thanks, of course, is to everyone who came.”

While this is the third year that Golling has hosted the car show in the village, the business had previously hosted the show at its location on M-24 for years.

Last year the car show raised $2,500. This year’s funds and turnout – 180 registered classic cars, trucks and motorcycles in the show – were both records.

Also this year, organizers invited village businesses to put up sidewalk sales during the car show.

Bill Kokenos of Golling Buick GMC said that one his goals in organizing the car show was to showcase the downtown and help promote local businesses.

“We’re proud to show off our downtown, it’s pretty cool,” Narsh said. “And if our businesses show off their wares, it’s really cool.”