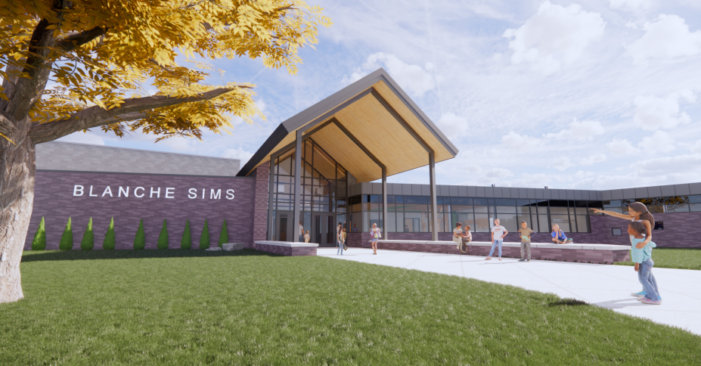 As the end of 2021 approaches, Lake Orion Community Schools hit a milestone in the district’s bond projects in hearing the site plan presentations for the new Blanche Sims Elementary school.

The Blanche Sims design project is the last in the group of developments that took place during 2021 and represents the transition into series two in the three-series bond process.

To present the site plan to the school board was GMB Architects Tom Van DeGriend and Mitchell Duyser.

Currently, GMB Architects are finishing up the construction documents on the Blanche Sims project, which will likely go to bid at the beginning of 2022, officials said.

The Blanche Sims project is the most expensive development of the LOCS three-series, $160 million bond project, projected to cost around $25.6 million.

Construction on Blanche Sims is scheduled to begin in the spring of 2022 and finish up in the fall of 2023.

Unlike most of the other bond projects, this development includes an entirely new building on the same lot that houses the current Blanche Sims Elementary school.

Where Blanche Sims currently sits on the lot is on the far south end of the site; the new building will be constructed on the large space behind the building in the northeastern part of the land.

The inside will feature three classroom wings that hold 19 total classrooms. Each wing will have their own extended learning spaces. All the regular common spaces will be included in the main “L” shaped building which includes the cafeteria, gymnasium, STEM room, media center and the main office.

Along with the additional learning spaces, Blanche Sims is also receiving all of the additional security measures that other district buildings have had added throughout the bond process.