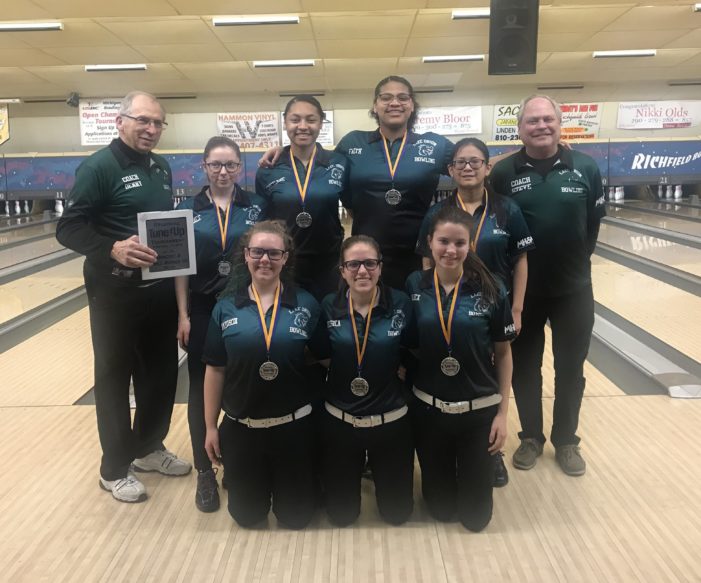 The Lake Orion’s girls bowling team had a busy week at several tournaments leading up to a secure spot at the state competition on March 1.

The ladies started the week off on Feb 17 at Richfield Lanes for the Regional Tune Up Tournament.

The Dragons qualified 2nd with 3,229 pins in their eight baker and two regular games.

Next, the ladies took on Swartz Creek Dragons, who they defeated 342 to 294.

On Friday, the ladies headed to the team regional tournament again at Richfield Lanes.

The top three teams would move on to the state team competiton on March 1.

It was a hard fight for the Dragons who narrowly qualified, finshing in 3rd with a total pin count of 3,472.

The ladies were back at Richfield Lanes for the singles regional tournament.

The top ten singles would move on to compete in the state singles tournament on March 2.

The Dragons had three bowlers qualify for the state tournament.