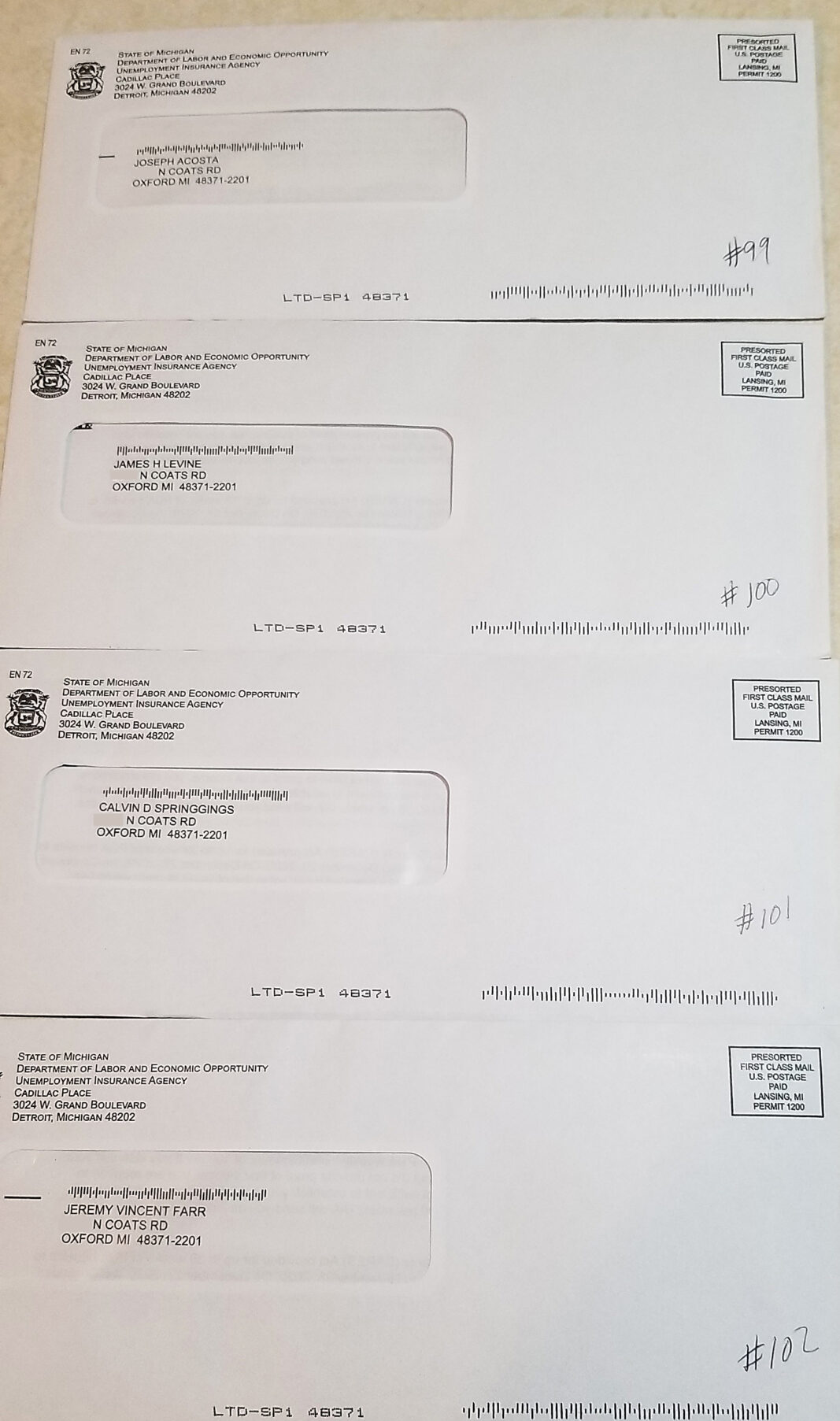 Before I delve into what the headline suggests I should do . . . read with interest this weekend about the World Happiness Report . . . and I cannot help but think, “What did that cost?” And, “Why do we need that?” And, “Do you know this report comes from Stockholm?” And, “Don’t you know what comes from Stockholm? The Stockholm Syndrome, where the abused start feeling strong attractions for their abusers. So, why are we lettin’ them tell us if we are happy or not?”
* * *
Received two communications this past week — on two very different topics, both compelling to me. Communiqué Number One was a handwirtten letter from Lake Orion resident Tom DeLore. Wrote Tom, “Just a quick note from a long time Lake Orion Review subscriber. It would be interesting if you could . . . track down and do an article on Berle Bauroth.”
For those who don’t know Berle owned Mr. B’s Barbershop on M-24, by Milosch’s dealership, just south of Heights Road. Berle seemed to always have a smile on his face, even when he cut my hair. But, he retired years ago, and I cannot find anything out about him.
Here’s more of what Tom wrote, “He was the nicest guy in town. It was always a good place to keep up on local events and people. Sure wish there was a place like it nowadays . . . my dad used to take my brothers and I there back in the ‘50s and ‘60s . . . Once, when my son Tim was in Detroit’s Children’s Hospital for many months, Berle went there to cut my son’s hair and visit with him. He did things like that for many people over the decades . . . hope you can find him and hope he’s doing well.”
Well, folks — if you have any intel on Berle, I’d appreciate it.
* * *
Communiqué Number Two was an email from Steve (I will leave his last name off to protect him). I have since called him and will add more to his e-mail at the end. Wrote Steve . . .
. . . I’ve been a resident of Oxford for almost 25 years and with this pandemic in a nutshell things have been happening that are out of a lot of people’s control.
Since May of 2020 through March 20, 2021, I have received 102 notifications for 102 different people utilizing my home address to try and fraudulently receive unemployment insurance through the state of Michigan.
I have taken the following action: I have contacted Norton LifeLock. I’ve made a police report with the Oakland County Sheriff’s Office in October of 2020. I have talked to the Oxford Post Office 26 times now, telling them I don’t have a boarding house . . . that I am a single person who owns his home and I am the only one there. I have also reached out to the unemployment insurance agency and filed an identity theft complaint with them but that’s pretty much useless as they shrug it off. I don’t know if Michigan attorney general Dana Nessle and former director of unemployment Steve Gray are aware of the extreme severity of this problem but I’ve had enough. 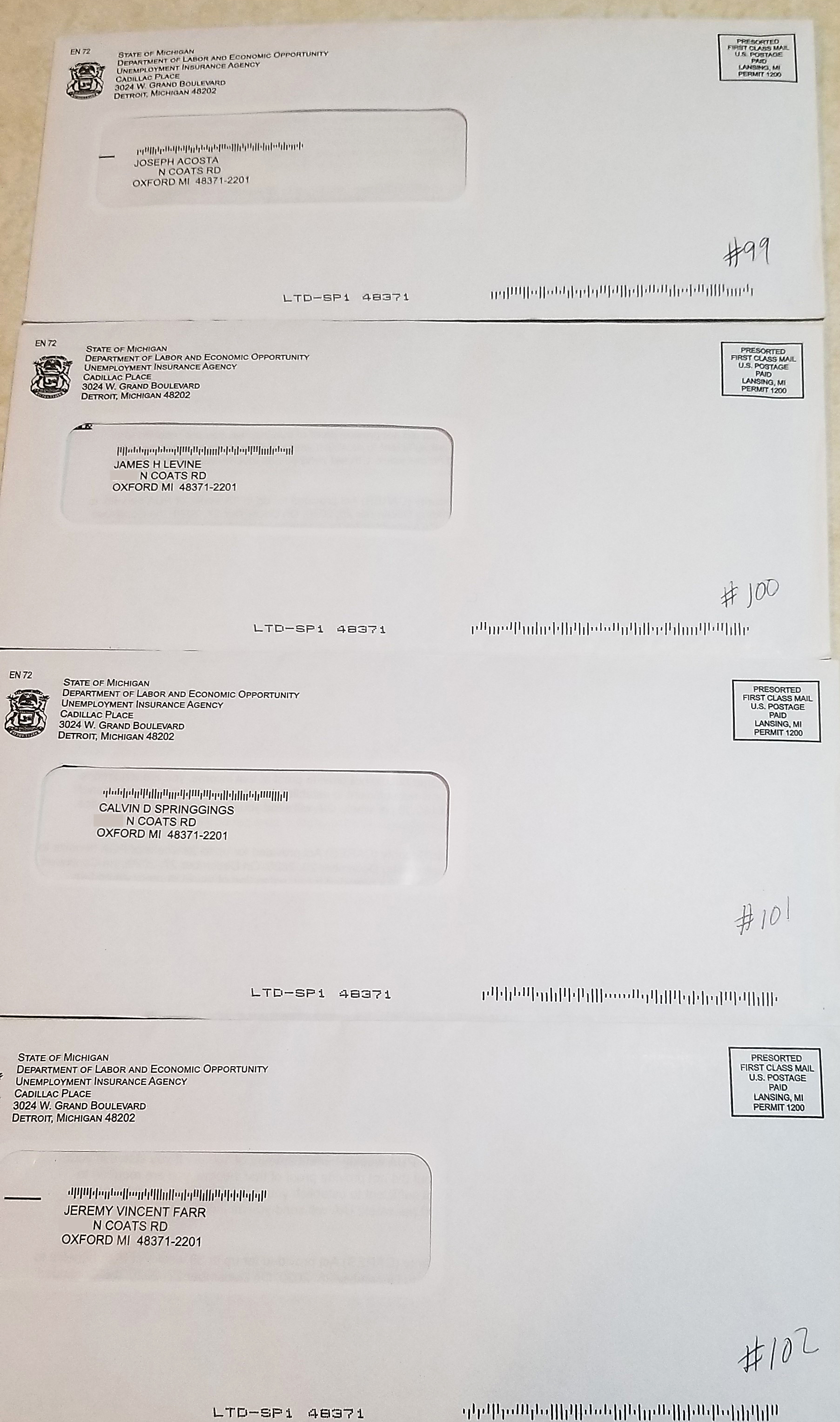 I figure you would like to know this, as it has been nerve-wracking to say the least. I don’t know if I need to put a camera to watch my mailbox or make another police report with the sheriff. Attached is an example of the latest letters I received number 99 through 102. It’s time to let people know . . . I have not receives any communications from the unemployment insurance agency unless it has anything to do with me, the only person that lives in this home.
* * *
In talking with Steve, I let him know I, too, received a letter to my home address from the State of Michigan for a person who does not live in my home. And, I too tried to contact the state, left a message and received no comment from anyone in charge.
How many others out there received such letters from people trying to bilk the systems — we taxpayers? If we can get all this information out, maybe the state will take matters to hand. The only person I have seen in the news biz talking about this was Pulitzer-prize winner Charlie LeDuff, out of Detroit, and that was only about four months ago.
If you have any information on this, I sure would appreciate it, too.
Thanks! Send stuff to DontRushDon@gmail.com