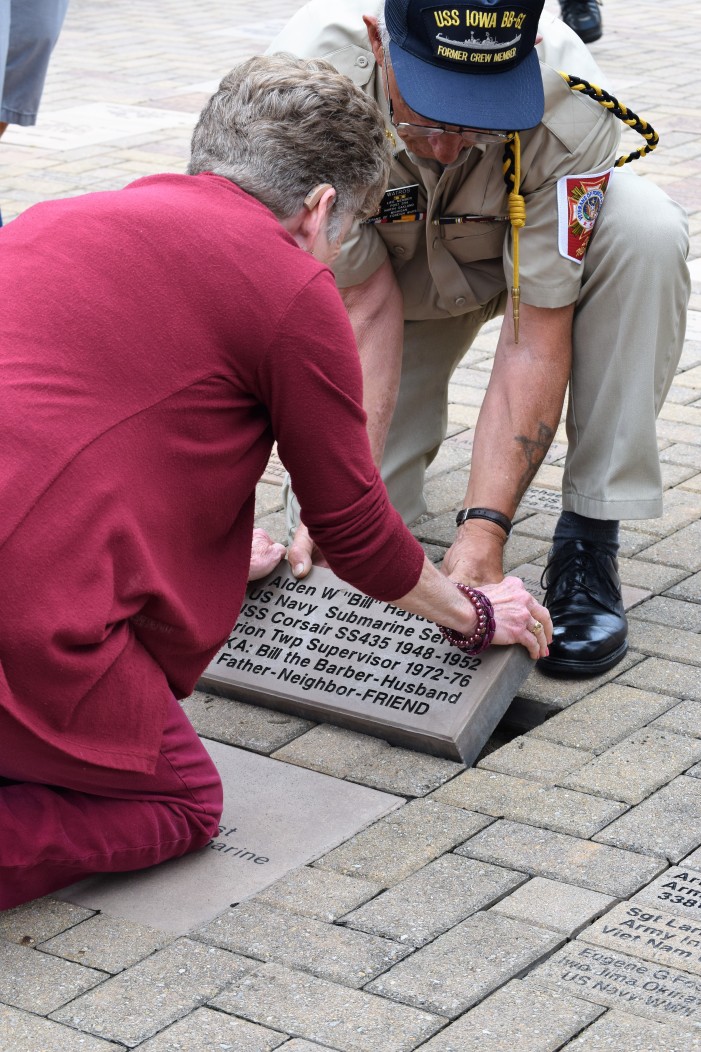 Many people knew Bill Haydel as a past Orion Township supervisor, or as “Bill the Barber” for the barbershop he owned.

Haydel also was a veteran and on Saturday his family, friends and former neighbors honored his service to the country by installing a commemorative marker at the Orion Veterans Memorial.

Haydel served in the U.S. Submarine Service aboard the USS Corsair SS435, a Tench-class submarine, from 1948-52.

Haydel’s wife, Sandy, laid the commemorative marker in place at the Veterans Memorial after the War Dog Monument dedication ceremony. Friends and family gathered to watch the stone being placed and shared reminiscences of Bill.

Haydel was Orion Township’s supervisor from 1972-76. During his tenure – when the township hall was just a few blocks away from his barbershop on Lapeer Road – Haydel could be found chatting with residents in the shop when he wasn’t at the township hall.

“If someone had a concern they could always stop there and discuss it,” said JoAnn Van Tassel, herself a former township supervisor. “Bill really cared about the community and I’m just glad that I got to know him.”

“He did have strawberries that were big and red and the sweetest strawberries you ever had,” Van Tassel said.