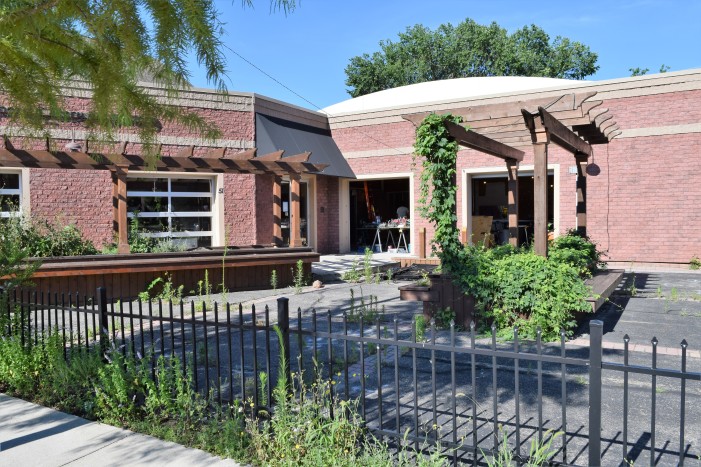 Owners Doug and Burge Young purchased the property from the Lake Orion Downtown Development Authority, officially closing this month after the restaurant’s liquor license received final approval from the state.

And the brothers didn’t waste time getting started, beginning renovations July 14 – the day after they got the approval.

“We’re keeping the exterior walls. Everything else is being completely redone with a whole new feel to it,” said Doug Young, who hopes to open by the end of September.

The brothers also own the first Fork n’ Pint restaurant on Cass Elizabeth Road and the Irish Tavern, both in Waterford.

With the addition of the Lake Orion Fork n’ Pint, the Young’s plan to bring their “American Eclectic” menu and craft beer selections to the downtown district.

Young said the restaurant also will create 30-40 jobs for the area, with a mix of full and part-time positions available.

Some of the positions already have been filled with current staff, but others interested in applying can attend a job fair at the restaurant in mid-August. “In the meantime, they can visit our other store and put in an application and talk to people,” Young said.

Fork n’ Pint also will have a banquet area that residents can reserve for large groups and parties.

Young described the menu as “American Eclectic,” Young said. “We kind of cover the gamut. We take comfort food and put a twist to it.”

Some of the eateries popular meals include the 10-ounce Angus burger, a Mac and Cheese Burger, Walleye and malted chips and artisan pizzas.

“The number one item that just blows people away is our Brussel sprouts,” Young said.

Fork n’ Pint has a full Class C liquor license and the bar will have 18 craft beers from which to choose, and a full liquor and wine selection.

“We try to feature as many Michigan beers as possible,” Young said. “There may be some from other areas that we think are great and wanted to have on tap.”

Young said Lake Orion had many of the features and feel that they were looking for when deciding to open another restaurant.

“We loved the small-town community feeling and that there were a lot of events in the area. We really enjoy the commitment to family (businesses) and not seeing the corporations. There’s a lot of family-run businesses in Lake Orion. We’re very excited. Our general manager, Mark Smith, has been a longtime Lake Orion resident,” Young said.

Young said the eatery will have a new outdoor patio for patrons to enjoy. “It’s really one of the things that drew us to the area,” Young said. “You have this great space right in the downtown, right on one of the main streets. People want to sit outside and enjoy their meal. We plan to fully utilize that space.”

“We started the process of recruiting a restaurant a year ago, and we were most impressed with Fork n’ Pint’s presentation to us,” LaLone said. “They’ve been doing their part to be part of this community ever since they expressed interest in buying the building.”

In 2007, the DDA purchased the building to get more public parking. The DDA tore down the Quonset hut on the west corner of the property and turned it into a public parking lot, and later leased the space to 51 N. Brewery as an incubator property, with the hopes that the owners would eventually purchase the property outright.

When 51 North closed at the end of 2016, the DDA began searching for a new restaurant to fill the void.

“I think Fork n’ Pint’s management style is refreshing; I’m impressed with how long their employees stay with the company; and I think it bodes well for the Lake Orion community,” LaLone said. “This was the best possible outcome. I’m really excited that Fork n’ Pint is coming here.”

Young said people have already stopped by during renovations and told him how excited they were for Fork n’ Pint to join the Lake Orion community. They’ve also had a positive reception attending local events, like the DDA’s Flower and Art Fair in May.

“We’re excited that there’s excitement for us,” Young said.