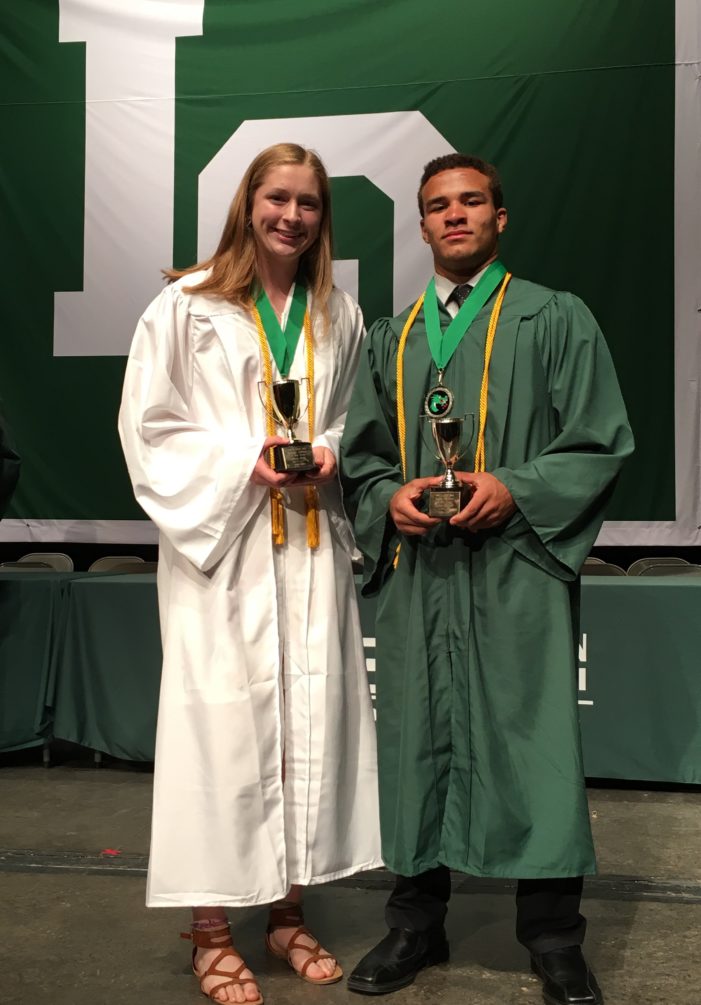 Athletic Director Chris Bell made the presentations, acknowledging not only the students’ athletic abilities, but their commitment to academics.

Fisher has amassed an impressive record during his time on the high school wrestling team, earning 165 wins, with only 36 losses.

“Jaden capped off his outstanding wrestling career with a 2nd place finish in the MHSAA individual wrestling state finals. It was the second straight year Jaden has been recognized as an all-state wrestler,” Bell said. “This past season, Jaden compiled a 48-2 record while winning the individual league, district, regional and county championships.”

Fisher has a 3.93 grade point average in the classroom and will continue his wrestling career at Bucknell University in the fall.

“Tessa will go down in our softball history as one of the best we have ever had,” Bell said. “After this season she will be softball’s first four time all-state 1st team selection. This season she broke the state career record for most consecutive stolen bases. In her softball career, she has never been thrown out while stealing a base. All four years she has hit well over .500 and she has been one of the best defensive center fielders in the state of Michigan.”

Nuss has a 3.99 grade point average and next year will be continuing her softball career at Binghamton University in New York.