Fire Station No. 1 renovations could begin in August, with more parking, public restrooms 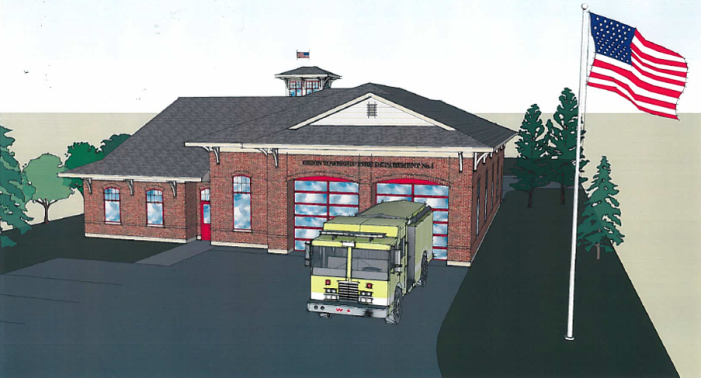 Plans to renovate Fire Station No. 1 at 93 S. Anderson St. in the village are going forward, with Orion Township hoping to begin the project in August.

The price tag, however, has led the township to ask the Lake Orion Downtown Development Authority to become a partner on the project and share some of the costs of improvements, which would benefit the entire community.

Still, township and village officials agree that the price is worth the investment.

Stout said the township can fund the project and that the money would come from various township funds, including the general fund, but would not come from the fire department millage fund.

Stout also said the township hopes to begin renovations in August and the anticipated completion date is still by the end of 2017.

Orion Township has hired Novi-based Cunningham-Limp as the construction managers for the project.

The township has planned a new fire station for some time, purchasing the property on Atwater Street to possibly build a new station.

Treasurer Donni Steele said the cost of a new station would be around $3 million and it would be fiscally responsible to renovate the existing station with the necessary upgrades.

“As a board member and a Paint Creek Trail advocate, I’m okay with this,” Steele said.

Scott Reynolds of Stephen Auger and Associates Architects, Inc., is working with the township to design the new station.

“We are not expanding the existing building footprint, but are increasing some of the amenities to update from an old, on call fire department to a fulltime, co-ed fire department,” Reynolds said. “We’re looking at a renovation that would last 40 years, so that we don’t have to come back in 10 years (and discuss this).”

Fire Station No. 1 was originally constructed in 1980 and is a 5,100-square foot building.

Proposed renovations include replacement or updates to various building systems and the renovation will “re-program and expand existing spaces so the station will adhere to current department operation standards.”

The outside of the building will undergo updates, including a new roof and new brick exterior cladding.

The Orion Township Fire Department will still have partial use of the building during the construction process, and at no time will fire services be eliminated.

“One of the really exciting things is we’re going to fully renovate the fire station,” Reynolds said, adding he and township officials have been evaluating building costs over the last 6-8 months

“This is the tipping point we’re at right now,” Reynold said. “We’re exceeding the planned amount for renovations.”

“It would be wonderful to have a DDA partner who could take on the parking lot or bathrooms,” Stout said.

Village Council President Ken Van Portfliet, who sits on the DDA Board of Advisors, said the public bathrooms and additional parking are important in general for the community and important to the establishment of the Paint Creek Trail in the village.

“I think this is a huge benefit for our community, absolutely,” said DDA Chair Debbie Burgess.

Reynolds asked for consideration from the DDA Board of Advisors to assist Orion Township with the development of the project to benefit the community with the improvements.

DDA Director Molly LaLone said if the village wants to become a designated Iron Belle trailhead in the future, the village would need outdoor restrooms and additional parking.

LaLone also said the project fits into the downtown future development plan, and that while the DDA cannot contribute this year because it is financing the Paint Creek Trail extension, the DDA could consider assisting and deferring costs to an upcoming fiscal year.

The DDA Board of Advisors could consider joining the project at its August meeting after reviewing the upcoming DDA budget.

Fire Station No. 1 renovations could begin in August, with more parking, public restrooms added by scarroll on July 20, 2017
View all posts by scarroll →