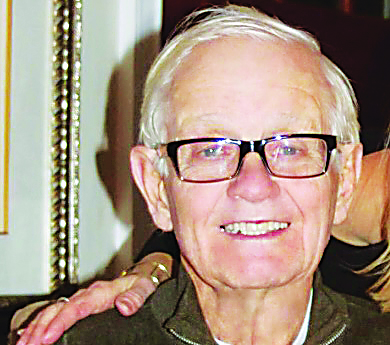 Einar Jensen, 87, of Lake Orion, Michigan, passed away on March 22, 2020, peacefully and surrounded by loved ones. Belated memorial service for our beloved father announced below.

Einar graduated from Michigan State University in 1955 from the school of engineering. He remained a loyal MSU fan and was often seen in his Michigan State hat and jacket on game days as well as throughout his lifetime.

His career as a mechanical engineer started at JB Webb in Michigan and continued with Peerless Cement, General Motors and DSI all of Michigan.

He was a genuine, kind, fun-loving family man and enjoyed his friends and neighbors.

He was also an avid golfer, skier and speed skater, and loved teaching his kids and grandkids how to play sports and attended their games in Wisconsin and Connecticut whenever possible. His love and support of family will forever live in our hearts and memories.

Einar is preceded in death by his son, Brian Jensen.

Donations to the Sierra Club in Einar’s name can be made at www.teamsierra.org/memorial/Einar.