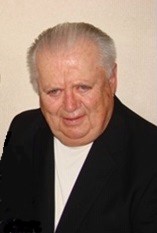 Wallace was raised in the Richmond, MO area and attended General Motors Institute in Flint, Michigan, graduating with a Master’s degree in 1960. He served in the US Army for a brief time after joining Buick Motor Division in September of 1960 until his retirement from Buick in 1985. Wally and Sandi relocated 19 times with Buick Motor Division from coast to coast.

After retirement from Buick they settled in the Clarkston, MI area and since the early 1990’s have a second home in Florida. After retirement he purchased a Chevrolet/Buick franchise in Lake Orion, Michigan which remains a testament to his love of automobiles followed closely by his love of golf which he frequently enjoyed until his health prevented his playing. Wally bravely battled Parkinson’s disease for over 25 years and a brief battle with cancer and neuropathy.

A memorial service will be held in Michigan at a time to be determined. In lieu of flowers donations may be made in his name to the Michael J Fox Foundation for Parkinson’s Research (michaeljfox.org) or the American Cancer Society.