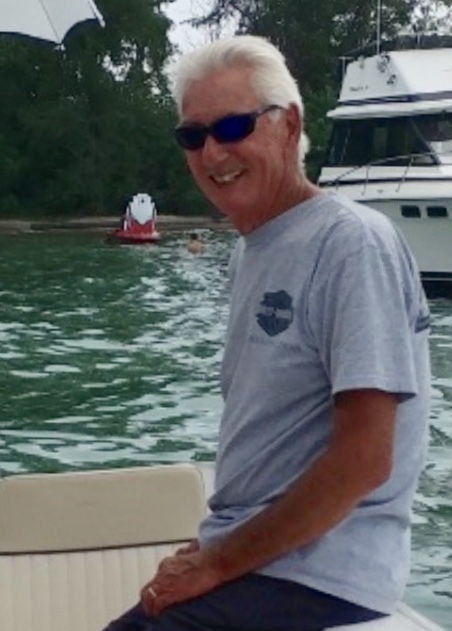 Don’s unexpected death has every one that knew him shaking their heads. We thought this kind, caring, and generous man would live forever. Don’s last month of life consisted of a hospital stay, doctor appointments, tests, scans, and surgery. He would have good days, and days with setbacks. He spent time convalescing on his favored front porch with the beautiful view of Lake Orion. Before his death, doctors found a blood clot in a major artery and emergency surgery was performed. Unfortunately, an infection had spread beyond control. He never woke again and was kept comfortable until his last heartbeat.

Lake Orion held a special place in Don’s heart. His home on the point with water in front and in back was unique. This land had been passed down from an only son to an only son to Don, an only son. The memories and life experiences are lengthy. He loved this place and lived up to Lake Orion’s motto, “Where Living is a Vacation,” every day. He has touched the lives of many and found joy giving back to the veteran community through the American Legion Post #233. Don served his country in the Army in the late 60’s, stationed in Colorado Springs, CO. He was a patriotic man who devoted his time to his country and those that also served.

Don was proud to be a member of the Lake Orion Boat Club. He joined in 1988 and served in many capacities including secretary, treasurer, director, and kitchen committee chair. Don loved being on the water. He was an avid boater. In 31 years he enjoyed the camaraderie and the friendships he made along the way.

Don was well known and well liked. He was always willing to lend a helping hand to anyone in need and also so much fun to be with.

Thank you to everyone who has expressed their love, support, and prayers to our family during this difficult time.