Drakos honored for 16 years of school board service 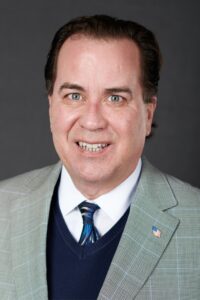 Lake Orion Community Schools board secretary Steve Drakos was honored last month by the Michigan Association of School Boards for 16 years of school board service.

For Drakos, September marked 10 years of service in Lake Orion.

Prior to moving to Lake Orion, Drakos was a member of the school board for Oxford Community Schools in the ’90s.

Drakos has also held the role of president of the Orion/Oxford Boys and Girls Club.

“So, I was always involved with the youth…I always had a passion to help out the young people in our community, whether it’s in the Greek community or the Orion/Oxford area. I consider Oxford and Orion one community, but legally they’re separate so when I moved here I had to step down from the board in Oxford…and then after a couple years I saw that there was an opening here and I continued my passion to serve on the board here in Lake Orion.”

After 16 years, Drakos has seen many changes in the scope of public education.

“It’s more challenging nowadays than it was in the ’90s because the schools have a lot more issues than COVID-19. Before COVID-19 it was monetary issues. When money is afloat everywhere it’s a lot easier to run the school district. But as money got tighter over the years, it’s a lot of work and I respect the work that our administration (does), it’s a lot more than people think to run a school district,” said Drakos.

Though Drakos is an attorney, he strives to keep any political affiliation out of his decision-making, which is something he believes is important that all school board members do.

“Every year has its unique challenges and what I’ve discovered, as you start every new year, there’s always something new that comes on the horizon. So, that’s why it’s important for any school board member to have an open mind,” Drakos said.

“It’s a non-partisan position just like a judge, it’s not a platform to put your political beliefs in there. You need to be non-partisan and not have any type of political agenda. I think that’s the most important thing that I’ve led with.”

In his 16 years, Drakos has become more confident in his own voice but still spends a good deal of time listening to his fellow board members, and he encourages others that may someday hold a school board position to do the same.

“You have to put your blinders on and focus on the agenda in front of you, which is what’s important for the children, the administration and the community focusing around education,” said Drakos.

Drakos honored for 16 years of school board service added by mmkelley on October 7, 2020
View all posts by mmkelley →