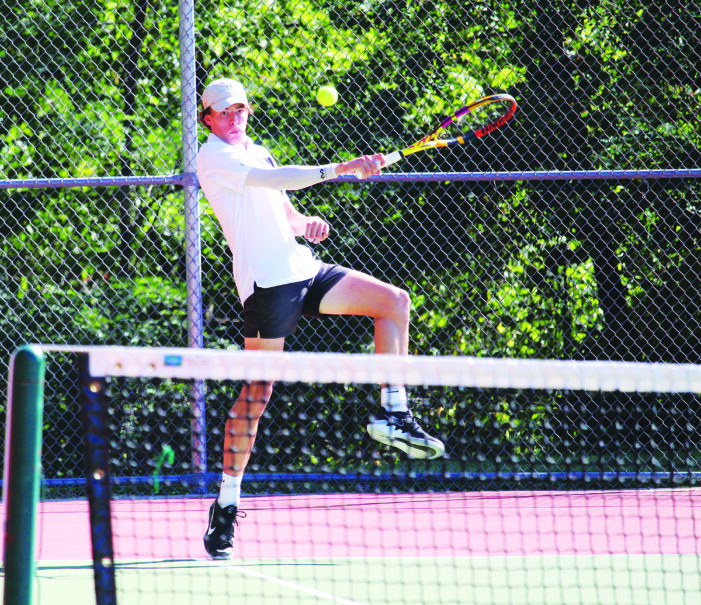 By Megan Kelley
Staff Writer
ORION TWP. — Lake Orion High School’s varsity boys tennis team have started their fall 2022 season in full swing with a 4-1-1 start to the season.
Thus far, the boys have had strong performances against the Oxford Wildcats (8-0), Davison Cardinals (8-0), Avondale Yellow Jackets (7-1) and Flushing Raiders (8-0).
Their only loss came from the Adams High School Highlanders 9-0.
“Rochester Adams was the big one that beat us,” said head coach Eric Bracciano. “They were really strong.”
On Thursday, the Dragons hosted their rivals, the Clarkston Wolves. Lake Orion managed to defeat Clarkston last year in a narrow victory.
This year, the Wolves managed to tie the match up with a 4-4 finish. The Dragons took their first and second singles events while their second and third doubles teams also snagged victories.
Lake Orion maintains a strong position in the OAA White division again this year. Last season, the team finished close to the top.
In the coming weeks, the boys are hoping to win their tournament at Chippewa Valley High School this upcoming weekend and are hoping to have a strong showing in the White Division where they hope to give Stoney Creek a run for their money.
The Dragons boast an impressive roster with two freshmen in the number one and four singles slots, Ben Lako and Mantra Kaushal.
Captains this year are number two and number three singles players Will Durbin and Peter Husted.
For Bracciano, he sees strong potential in the team this year.
“The guys worked hard in the off season, they worked hard over the summer,” Bracciano said. “They’re just more motivated. Kids are kids but some of them are more motivated than others and this group, they’re doing it.”
The Dragons head to Berkley High School on Tuesday after Review press time.

Dragons tennis starts off season 4-1-1 added by mmkelley on September 14, 2022
View all posts by mmkelley →