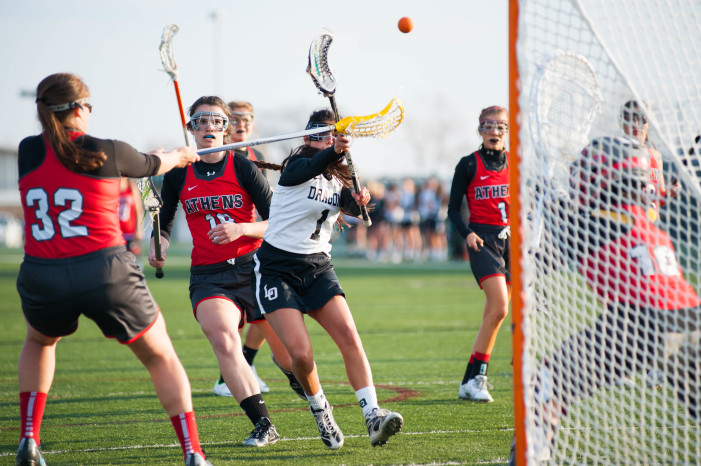 Lake Orion’s girls lacrosse team clinched the OAA White Division championship, going 4-0 in league play and have an overall record of 8-3.
The Dragons won the White Division handily, outscoring their four opponents in the White Division by a 63-25 margin.
This week, the Lady Dragons travel to Bloomfield Lahser on Wednesday and then to Ladywood High School on Saturday.
Lake Orion has won three consecutive OAA White Division titles and are likely to move to the OAA Red Division next season.
Coach Ronnie Booth’s team has come a long way in a few years and have become a recognized state power. Last season the Dragons made their first appearance in the Elite Eight in Division 1.