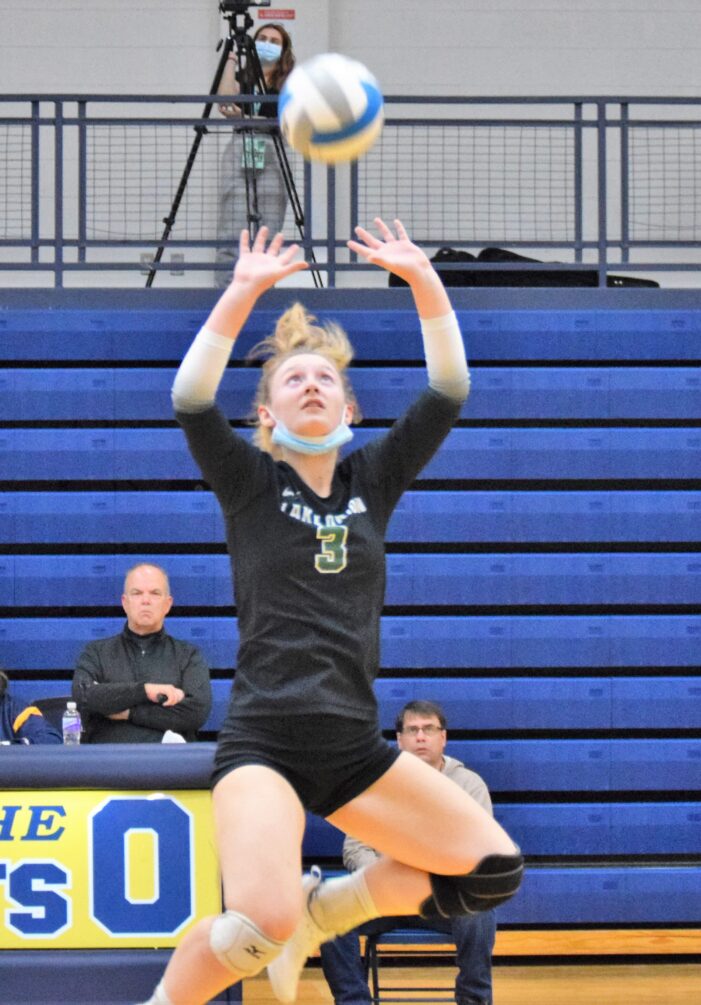 Lake Orion High School’s girls volleyball team finished up their season this month with a trip to Novi High School for the region two tournament where they took on White Lake Lakeland and Bloomfield Hills Marian.

The ladies had strong competition in the Lakeland Eagles in the semi-final round on Nov. 9 where they were able to pull out 3-2 victory.

In a close first set, the ladies fell behind with a 26-24 loss. The Dragons bounced back to take the second set 25-20 but Lakeland responded back with a 25-22 win in the third set. Lake Orion dominated the fourth set seizing a 25-11 victory and forcing a fifth and final set where the Dragons finished things up quickly winning the fifth set 15-9 and earning their ticket to the regional final against Marian High School.

Junior Nina Horning led the team in kills with 27 followed by senior Lauren Peters with 18. Senior and captain Jaina Macaulay had 60 assists.

The Lake Orion ladies returned to Novi High School on Nov. 10 to take on the Marian High School Mustangs in the region 2 championship.

The Dragons had seen the Mustangs twice already during their season and were handed decisive losses each time. This time was not much different with Marian High School dominating the Lake Orion ladies and serving them a third decisive, 3-0 loss.

Horning and Peters again led the team in kills with 16 and 11 respectively. Macaulay also contributed 32 assists.

The Dragons finish up their season as district champions, regional finalists and undefeated in the OAA Red Division (8-0).

Dragon volleyball falls to Marian High School in regional final added by mmkelley on November 24, 2021
View all posts by mmkelley →